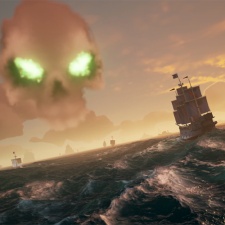 It would seem that Rare and Microsoft's pirate-em-up title Sea of Thieves has had something a resurgence.

While it's impossible to get sales data from the game due to it being on the closed Microsoft platform, we can see on various streaming data sites such as Twitchmetrics and SullyGnome - as spotted by PCGamesN - which clock Sea of Thieves as the tenth and eleventh most watched games on Twitch at the time of writing.

The former reckons that Rare's online title has had an average of 22,385 viewers this month, with a peak viewership of 128,384 people. On average, there are 390 channels live and playing Sea of Thieves, making it the 19th most streamed game.

It's not just *that* it's being streamed by a huge number of personalities, but *who* is playing it. Big names include Ninja and DrDisrespect, both of whom have accumulated huge audiences through games like Fortnite, Playerunknown's Battlegrounds and Call of Duty: Black Ops IIII.

Sea of Thieves charts behind the like of Fortnite, LoL, Dota 2 and Playerunknown's Battlegrounds, to the surprise of no-one. Many of these games are service-based affairs who have absurdly long tails, so that'll be hard nut to crack.

That being said, Playerunknown's Battlegrounds smashed its way through several Valve-made service-based titles like Dota 2 and Counter-Strike: GO to make it to the No.1 concurrent player spot on Steam, so anything really is possible.

Catch the full story on our sibling site PCGamesInsider.biz.