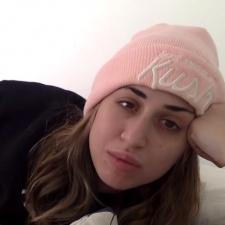 Instagram vlogger and influencer Jessy Taylor has released a new video responding to backlash to her recent online controversy.

Taylor posted a video sobbing about how she could never work a real 9-5 job. The response from viewers online was loud and many criticised her attitude towards the event.

In her new video uploaded to YouTube, Taylor accuses viewers of reporting her account. She claims she can’t go back to her original job as a sex worker, stating in her video: “the reason that I did prostitution was to have a nice roof over my head".

Taylor continues to rant in her video about a number of things, including saying at one point that she is also a rapper, claiming to release a music video very soon. She continued to make direct statements at her perceived haters for the rest of the video.

"I feel like Instagram is deliberately trying to shut me down," Taylor said in another video, uploaded to her channel on Saturday.

"I'm being bullied for no reason at all. This is very unfair. I've done nothing but be a user on the platform."