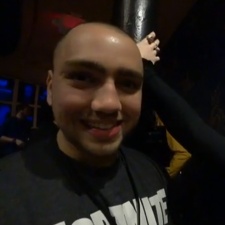 Two popular Twitch streamers, Mizkif and Esfand, were recently banned on Twitch for seven days following inappropriate jokes the pair made towards a female creator.

The two of them were suddenly removed from the platform without any reason known by fans until a statement from Esfand appeared on his Twitter on Tuesday.

Esfand revealed that the ban came from an incident that occurred during PAX East with a female cosplayer, named Jenna Lynn Meowri that both he and Mizkif ran into during the show.

While they were streaming IRL on Twitch, both Mizkif and JennaLynnMeowri were talking very close to each other’s face. Mizkif allegedly said on stream “she just sucked my d**k” and the camera turned away.

In the Twitlonger post, Esfand points out that "it's very clear that in the few seconds where the camera was not on him this couldn't have even possibly happened".

At the time nothing else happened, but later on Jenna contacted Esfand and told the two that she didn’t appreciate the joke, to which they apologised.

About a month later, Jenna’s legal team contacted Twitch about the event and both Mizkif and Esfand were given a 7-day ban.

“I was completely out of line and for the love of god please do not take it out on anyone. It was my fault,” Mizkif said in a follow-up statement on Twitter.

He also clarified the ban from Twitch was also due to the behaviour of viewers in the chat at the time, not solely because of the joke. Neither party has given any other statement about the incident or the ban made by Twitch since then.

Streamers have defended the pairs' actions, including fellow streamer Kaceytron. In a tweet, Kacey said: I"f you make a joke at someone that is sexual in nature you shouldn't act surprised nor offended whenever they make a joke back at you that is also sexual in nature".