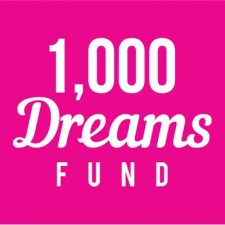 The fund was designed specifically to help fund the work of up-and-coming female streamers.

During a livestream from Twitch’s San Francisco headquarters, hosted by well-known Twitch streamer Tina Degenhart, the influential female broadcasters were chosen from around 600 applications and will be awarded grants between $500 to $2,000.

The money awarded can be used in various ways, such as upgrading streaming equipment, conference travel and more.

The 50 recipients cover a wide range of emerging talent in the esports, gaming and live broadcasting industry. Recipients stream from various places around the world, including Europe, North America, Asia and Australia.

A charity event streamed on Twitch in March during Women’s History Month helped to raise $45,000 over a period of four weeks to go towards part of the 1DF BroadcastHER grants. 30 female Twitch broadcasters took part in the Stream for Dreams event.

"The support of partners like Twitch and members of its community as well as technology powerhouse Harman is giving us the global reach and scale to impact young women in places like Russia, Brazil and Argentina, as well as here in the United States with dreams of pursuing careers in this important industry."