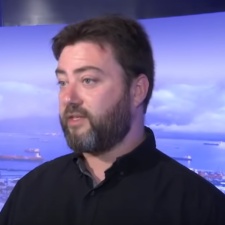 The move comes after Benjamin, known online through his YouTube channel Sargon of Akkad, made comments about rape directed towards a female MP.

This is the second time Benjamin has made these types of comments towards Labour MP Jess Phillips.

YouTube declined to give a comment on why it has now decided to take action against Benjamin, but confirmed to Buzzfeed that it was taking steps to demonetise all of his content on the platform.

Additionally, his channel has been removed from YouTube's partner program. The Sargon of Akkad channel has over 958k subscribers. Benjamin is also completely banned from Twitter.

While Benjamin is yet to give a statement himself, a number of his supporters have been sharing a statement they claim to be from him, according to Buzzfeed.

"YouTube let us know today that they have demonetised my YouTube channel, which as you know is my primary source of income, and how I support my family and team," the statement says.

"I've always taken care to comply with YouTube's rules, and the only thing I've done differently recently is standing for public office. Companies as large as YouTube have to rely heavily on algorithms that are vulnerable to mass reporting from malicious actors.

"Given how much of a hate-mob has been stirred up against me due to the, frankly, dishonest reporting about my candidacy, it is hardly surprised this has happened."

Social media sites are clamping down on far-right activists pushing their ideologies via online platforms. Facebook recently made the decision to ban the likes of Breitbart News editor Milo Yiannopoulous and InfoWars founder Alex Jones from its platforms.