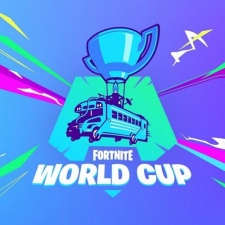 Initially announced in June 2018, qualifiers for the competition began months ago, with 10 weeks of open qualifiers attracting more than 40 million players. Epic Games’ $30 million prize fund is the largest ever seen for an esports event.

The biggest winner of the tournament was Bugha, real name Kyle Giersdorf, a 16-year-old from America. He won $3 million after beating 99 other players in the solo competition to become the inaugural Fortnite World Cup champion.

Fortnite's first World Cup was not without its controversy, as a known cheater of Fortnite qualified for the competition. Despite a 14 day ban, player XXiF was still allowed to compete, much to the anger of fans.

XXiF and his partner Ronaldo, also a known cheater were booed profusely throughout the tournament, only receiving cheers upon elimination.

Kayleigh is the Staff Writer for PocketGamer.biz. Besides PG and PCGI she has written as a guides writer, specialising in RPG's and horror.