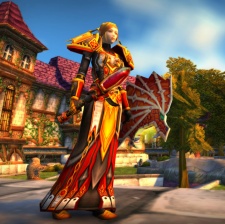 World of Warcraft presents a welcome change to the top of the chart this week. Despite a 39 per cent drop in views, the MMORPG racked up over 32 million hours watched last week. The release of WoW Classic seems to have brought many content creators back to Azeroth to relive their youth.

Fortnite takes third place, and sees another 12 per cent dropoff in views. Views for the leading battle royale have been dwindling since Ninja made his way over to Mixer.

Counter-Strike: Global Offensive stays in fourth for a second week running, despite a 30 per cent drop off in hours watched. Grand Theft Auto V also sees a 10 per cent decrease in views but manages to stay in fifth place after racking up 15.1 million hours in the last 7 days.