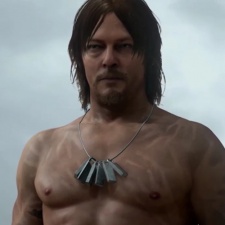 League of Legends shows tops the chart for another week and it shows no signs of stopping. Despite a 12 per cent drop in views, Riot's flagship title racked up over 31.4 million hours last week.

Fortnite takes its usual spot in second and sees a 15.6 per cent decrease, amassing around 19.7 million hours in the last week. It's followed by PUBG Mobile in third, which saw an 8.55 per cent rise in views.

Grand Theft Auto V moves up one place to fourth even with a 7.2 per cent decrease in views. Rockstar's online opus drummed up around 11 million hours watched across streaming platforms last week. Mobile title Garena Free Fire is still on the rise, racking up 11.6 million hours after an 11.6 per cent hop in views.

Death Stranding is the new entry this week, coming into the chart at number six following its long-awaited release last Friday. It racked up around 11.3 million hours watched over the weekend, and that number looks set to rise during this week.

Call of Duty: Modern Warfare sees the biggest dropoff the week, losing around 40 per cent of its views. It's closely followed by Minecraft, which also saw a 20.9 per cent decrease in views. Counter-Strike: Global Offensive drops one place to ninth following a 10.9 per cent decrease also.

Dota 2 closes the chart for another week, and it also sees a 17.7 per cent rise in views. The Dota 2 Summit 11 Minor event took place last weekend which seems to have caused a spike in views for the title.