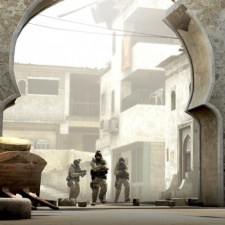 It's hard to remember a time when League of Legends wasn't topping the charts. A 6.6 per cent rise in views sees Riot's flagship MOBA soar past 22.4 million hours watched in the last week.

Fortnite manages to move back into second place following a 13.3 per cent jump in views. Interest in the title is still going strong.

Counter-Strike: Global Offensive is last week's big mover; a 37.6 per cent increase in views puts Valve's shooter in third place. As always, it is esports events pumping up the views, and the ESL Pro League Season 10 Finals are currently underway.

Grand Theft Auto V stays in fourth and sees a mild 5.7 per cent rise in hours watched. The game has had a solid year across YouTube and Twitch and has managed to stay in the top 10 for most of 2019.

PUBG Mobile drops to fifth after a 30.3 per cent dropoff in views last week. The PMCO Fall Split Global Finals came to a close last week causing a moderate decline in views and streams for the title. However, PUBG Mobile is due for another huge esports push in 2020, which could see the game continue to dominate into the new decade.

Dota 2 moves down one place to sixth but still sees a 10.3 per cent increase in views over the last week. Garena Free Fire also remains in seventh for another week, with a view change of less than one per cent.

Minecraft sees a 6.5 per cent rise in views, pushing over 10 million hours watched last week. Call of Duty: Modern Warfare re-enters the chart in ninth following a 30.4 per cent increase in views, and PlayerUnknown's Battlegrounds rounds off the chart in tenth, falling one place after a 7.9 per cent view decrease.