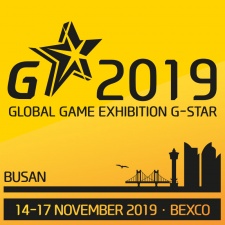 South Korean games event G-STAR saw its most visitors ever in 2019, with over 240,000 guests visiting from around the globe.

The event, which takes place annually, kicked off on November 14th in the bustling city of Busan. It saw three days of games industry events and activities, including an exhibition hall, Game Industry Job Fair, as well as numerous parties and fringe activities around the conference. Steel Media's Big Indie Pitch competition also took place during the event.

Krafton/PUBG also participated as the Platinum Sponsor. PUBG presented two separate exhibitions, one in the main hall and another in the B2C hall.

“The main achievement of G-STAR 2019 is that it truly became a major international game exhibition," said Mr Shin Chul Kang, the chairman of K-GAMES and G-STAR Organization Committee.

"A major international game company became the main sponsor of G-STAR for the second consecutive year, which shows the importance of G-STAR at a global level.