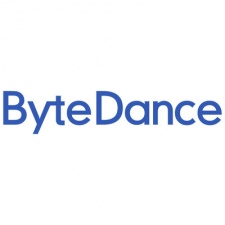 Bytedance, the parent company of social app TikTok, is reportedly building a form of deepfake technology that'll allow users to digitally insert their likeness into other videos.

According to a report by TechCrunch, Bytedance has already started to develop this technology for use inside TikTok. Code inside both TikTok and its sister app Douyin allows users to scan their face from multiple angles in order to import it into other videos.

While its main use may be as a bit of fun within the app, the use and potential of deepfake technology on the internet could be problematic. The internet's relationship with truth is tenuous at best and historically, deepfake images and videos have been used to incriminate and mock celebrities. Notably, deepfake technology is often used to create pornographic images of female celebrities.

One other sensitive aspect to consider outside of content manipulation is how Bytedance will gain access to sensitive biometric data pertaining to its users. TikTok has already been fined $5.7 million by the Federal Trade Commission FTC for its abuse of data protection laws related to children.

Who's face is it anyway?

TikTok isn't the only app currently dabbling in this kind of technology. Snapchat is also gearing up to launch Cameos, a similar function that allows users to scan their head and superimpose it onto other media. But in this instance, Snap's technology is constructed to make sure Cameos are still very obviously fake.

When asked for confirmation on the feature, TikTok declined to comment. A spokesperson for the company stated to Techcrunch: “after checking with the teams I can confirm this is definitely not a function in TikTok, nor do we have any intention of introducing it."

"I think what you may be looking at is something slated for Douyin – your email includes screenshots that would be from Douyin, and a privacy policy that mentions Douyin. That said, we don’t work on Douyin here at TikTok.”

While this development may never see a public release, it demonstrates another alarming leap towards accessible tools that can be used to manipulate photos and videos with ease. And with its pre-existing notoriety for controversial and harmful use, deepfake technology integrated into the fastest growing app in the world might not have a happy ending.