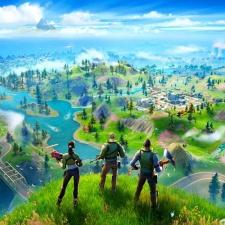 Last week's chart is topped by League of Legends again and it shows no signs of stopping. The title saw a 4 per cent rise in views, racking up over 39.1 million hours watched.

Fortnite takes second place and sees an impressive 56.5 per cent increase in views following the launch of season 2. Grand Theft Auto drops to third following an 8 per cent drop off in views.

PUBG Mobile clocks in at fourth after amassing around 16.2 million hours watched in the last week. Escape From Tarkov remains in fifth place but sees a 9.8 per cent view dropoff.

Dota 2 takes sixth place with 11.8 million hours watched last week, closely followed by Garena Free Fire in seventh which racked up 11.3 million hours. Apex Legends is in eighth place  after a 7.7 per cent increase in views.

Counter-Strike: Global Offensive falls two places to ninth after a 12.4 per cent dip in views, and Minecraft closes the chart for another week with 8.3 million hours watched last week.