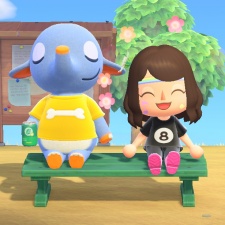 League of Legends makes a return to the top spot after a 17.5 per cent rise in views. Riot's MOBA racked up over 38 million hours last week.

The return of LoL sees Call of Duty: Modern Warfare drop to second place, and it also saw a 17.8 per cent dropoff in views last week. The dropoff could be caused by streamers returning to other titles after a CoD stint.

Fortnite is in third and sees a 17.7 per cent rise in views, hitting 28.9 million hours watched. The rise of Fortnite's views could also be responsible for a proportion of CoD's loss.

Animal Crossing: New Horizons is still going strong; the title remained in seventh place but saw another 42.8 per cent jump in views, amassing over 18.6 million hours.

Dota 2 moves up one spot to eighth after a 13.3 per cent increase, and its closely followed by Garena Free Fire which saw an 8 per cent view increase.

Minecraft takes its usual spot at number 10 with a 12.7 per increase and 11.3 million hours watched over the last seven days.