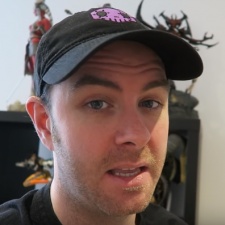 A Yogscast creator has stepped down from the company following ongoing reports of inappropriate behaviour directed towards fans.

Paul 'Sjin' Sykes announced his departure via the Yogscast subreddit.

Allegations surrounding the creator's conduct have been ongoing since 2014. Alleged evidence of messages of a sexual nature sent to fans by Sykes have circulated online, but this is the first time the company has directly addressed them.

"Just to let you know, I’m stepping away from The Yogscast after 8 years. It’s been an intense few weeks for everybody but I believe this is the best way forward," Sykes said on Reddit.

"For a long time I’ve chatted privately with community members but I’ve come to realise this behaviour might not be considered appropriate by everybody.

"I’m really sorry if my actions have caused any upset to anyone. I'm going to be taking a lot more time off but plan to continue making content independently one day when I'm ready."

Syke's is the third staff member to leave The Yogscast company in two months. The departures began back in July after content creator Matthew 'Caff' Meredith was let go after his inappropriate conduct with fans was shared online.

Yogscast founder Lewis Brindley did not confirm nor deny whether there is any truth to the claims and evidence against Sykes.

“What this boils down to is that I believe some members of the community have been made uncomfortable or upset - and I am sorry for this,” Brindley said.

“It’s clear to me that Sjin has breached our code of conduct and after discussing this with him he has decided to take an extended break and will be leaving the Yogscast network.”