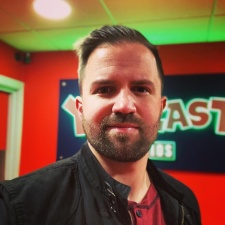 Update: Lewis Brindley has made a follow-up statement to Reddit confirming that the company is looking into separate allegations against Yogscast member Paul 'Sjin' Sykes.

Original story: CEO of media company The Yogscast has stepped down from his role at the company amidst ongoing sexual harassment allegations.

Mark 'Turps' Turpin has been the company CEO since 2012. He is also a director of game code distribution platform Keymailer.

This comes just a couple of weeks after another Yogscast creator, Matthew 'Caff' Meredith, was ousted from the company as a result of allegedly using his position to manipulate fans. Multiple accusations against Turpin began to surface on Twitter soon after Meredith's dismissal.

Among these accusations were screenshots of Turpin attempting to solicit inappropriate photos from young girls across Snapchat and Instagram. Both accounts in question are run and operated solely by Turpin. It is believed that at least one of these individuals was under 18 years of age.

Turpin has taken full responsibility for the messages and has revealed his resignation in a statement to InfluencerUpdate.biz.

"Just to let you know I’ve stepped down as CEO of the Yogscast. When I recently said we expected the highest levels of professionalism from our talent, I need to be held to those standards too," Turpin said.

"I have sent some inappropriate messages to several members of our community and I’m deeply embarrassed about this error of judgment. There’s no justification or excuse for my behaviour. I was in a position of considerable responsibility and you all deserved better from me. If you’ve been upset by my actions, I’m very sorry."

Yogscast co-founder Lewis Brindley put out a call on July 6th, urging people that have had a 'negative experience' with anyone involved with the company to come forward. The thread was updated on July 10th with Brindley stating that the reports had been passed over to an external HR representative.

Over the last week, the company has been working together with HR to assess the ongoing allegations. Turpin has been on a leave of absence during the investigation.

Hi, just wanted to say if you’ve ever had a negative experience with a content creator or member of staff here at the Yogscast I want to hear about it.