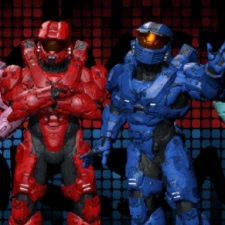 Digital video studio Rooster Teeth has more than 35 million subscribers on YouTube, and now 15,000 of its British fans will be getting a closer look at its stars in London next month.

The company, whose shows include Red vs. Blue, RWBY and Immersion, sold all the tickets for its first RTX London show in minutes. The show takes place at the ExCel venue on 14-15 October.

It's the first transatlantic spin-off from Rooster Teeth's main RTX event in Austin, which attracted 62,000 attendees in July this year.

Studio co-founders Burnie Burns, Matt Hullum, Gus Sorola, Geoff Ramsay and Joel Heyman are among the speakers making the jaunt to London, alongside fellow members of the Rooster Teeth team.

The company had sold one-day tickets for £27 each, as well as a £50 two-day pass and a £385 VIP pass offering priority access to panel sessions, as well as an extra code for an autograph signing session.

Rooster Teeth is one of the only digital-video firms to run its own conventions, rather than simply take part in larger shows like VidCon.

The company started life as an independent studio, but was acquired in late 2014 by multi-channel network Fullscreen, shortly after the latter company was itself bought by Otter Media, a joint venture between US telco AT&T and investment firm The Chernin Group.

Rooster Teeth's most recent expansion came in June 2017, when it launched a podcast network called The Roost, working with influencers including Shane Dawson and Game Grumps. The studio's own Rooster Teeth Podcast attracts more than 500k listens a week.