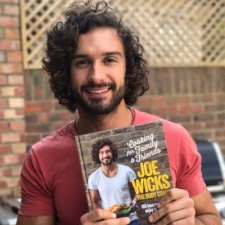 In an interview with PR Week, Wicks claimed that he turns down "hundreds of thousands of pounds" of marketing offers a year, in an effort to focus on his income streams from his own business and spin-off products.

"I’ve worked so hard to get someone’s attention, and for me to just sell that to an advertiser, it doesn’t sit right with me," said Wicks.

"Whatever you do, you’ve got to make sure that you’re putting out really good products and not just advertising anything for the sake of it."

Wicks also criticised the approach of some self-styled 'influencers' whose efforts to make hay while the sun is currently shining on this sector of marketing could be damaging in the long run.

"I see them all with agencies. They come out of these TV shows, Sex on the Beach, or whatever it’s called, and they clamber and climb onto to all these brands and make money quickly. But it’s not a long-term strategy because your followers aren’t going to like that, seeing ads spun on everything," he said.

"They are just getting paid a couple of grand to post it on Instagram. Sometimes they don’t even have big Instagram accounts and you think: 'Is that really worth the money? Is there a return on investment?'."

Wicks suggested that these influencers will not be well positioned in the longer term, as brands wise up to how effectively their campaigns are paying off – or not.

"Brands used to spend money on TV ads, now they spend it on influencers. They’ll still do that, but eventually it will become unsuccessful, there will be no return on investment," he said.

"They will be pumping millions of pounds into influencer marketing and won’t be getting the return, so it might just fizzle out a bit."