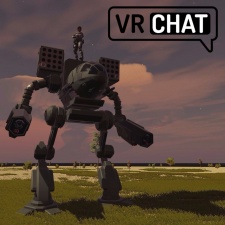 We're only two weeks in to 2018, and already there is some surprising peaks and drops in titles that we weren't expecting to see.

A recent study by Matchmade has predicted which games are going to dominate the first quarter of 2018 on YouTube, based on the past seven weeks of new uploads.

Games included in this chart have increased their popularity in the past few weeks. There are multiple reasons why a game might pop up on this chart. It can be and up and coming title, it could have just received a new DLC/update or it could have been released on a new platform.

Sometimes the announcement of a new entry to a series can give a boost to older titles. Occasionally, videos about new just announced titles can be mislabeled as older entries in an existing series.

Check out the study below.

Mobile runner Subway Surfers came out almost six years ago, but we reckon the announcement of a Subway Surfers animated show has led to a resurgence in YouTubers covering the title.

The selection of data below shows a similar wave line for three titles; Life is Strange: Before the Storm, Minecraft Story Mode and Geometry Dash.

We're seeing this because the first two titles mentioned are episodic, and have released new chapters over the Christmas period. The surge in popularity around four weeks ago shows where YouTubers were covering the new installment as it was released.

Mobile and Steam game Geometry Dash recently released an update around that time too; SubZero is the latest expansion to the rhythm-based platformer.

Engineering sim Bridge Constructor Portal had a surge of content around it's release date in mid December, but has subsequently levelled out.

Battle Royale title H1Z1 has fluctuated over the last couple of weeks, but seems to be on the up. Interestingly, despite H1Z1's 78% drop in players since July last year (Due to PUBG) video content is still being made.

The most standout thing on this graph is that VRChat line. Over the past seven weeks, social app VRChat has become the most popular title on YouTube. This is down to an influx of YouTubers using the social app as a way to make content.

We did some research in to VRChat trend last week, and spoke to some influencers about why they enjoy it so much. You can check that out here.

It's safe to assume that VRChat is going to dominate YouTube for a while longer. It's a free, easily accessible app that anyone can download and play, and while search numbers are up, YouTubers will continue to cover it.

While PUBG doesn't sit in this batch of data, it is inspiring a wave of Battle Royale themed games. As more come out, we'll start to see new titles dipping in and out of YouTube trends.