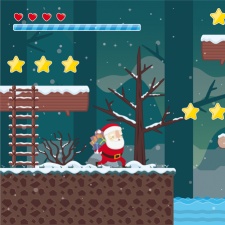 Benedikt is a language enthusiast who has closely followed the gaming and e-sports scene for years. He is responsible for all things concerning communication, marketing and public relations at GameInfluencer.

Facebook advertisement prices rise by over 100% during the holiday season.

A recent survey by GameInfluencer shows that influencer marketing prices rise only 15% during the same time period, even though inquiries skyrocket.

Marketing your game during the holiday season

The holiday season is the most competitive and therefore most expensive time for advertisers. People spend money on Christmas gifts and when they have spare time at home with their families, they play games and watch their favorite social media stars. The prices for advertisement space rises and marketers face this question: how do we use our holiday budget most efficiently?

Facebook advertisements are a good benchmark of the typical pricing structure in the market. In 2015, Facebook tracked advertisement costs during the holiday season. They showed that CPMs increased by over 100% during the holidays ¹ which goes along with the rising demand for advertisement. Facebook is completely mapped out when it comes to the price and demand structure. Some newer advertisement forms, like influencer marketing, are not. Therefore, presenting a unique opportunity for cost-effective advertising.

To map the pricing structure of influencer marketing, GameInfluencer did a survey asking over 100 influencers how their prices change during the holiday season.


GameInfluencer's study shows an 85% increase in business enquiries over the festive period.

On the other hand, most influencers (85%) said, that they are approached more often by advertisers to do marketing videos during the holiday season. The estimated increase ranged from 10% to over 200% and averaged out around 80%.


However, only 54% of companies are increasing their prices.

There is a clear disparity between the rise of inquiries for influencer marketing and the only slightly inflated prices. This has to do with the fact that the pricing structure is still evolving and advertisers have yet to realize the opportunity to drastically increase their influencer marketing budget during the holiday season. Either way, when looking at the current numbers, influencer marketing is the most cost-effective way to spend your holiday dollars.