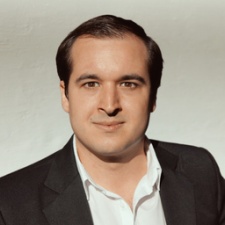 Benedikt is a language enthusiast who has closely followed the gaming and e-sports scene for years. He is responsible for all things concerning communication, marketing and public relations at GameInfluencer.

Benedict Seitz is Senior PR and Marketing manager at GameInfluencer.

The mobile games scene on YouTube has been dominated by games from mobile publisher Supercell with Clash of Clans and Clash Royale leading the way.

However, looking at recent figures it appears that viewer interest could be dwindling and streamers are starting to look for other games to play.

If sustained, this would be the biggest shift in the mobile gaming scene on YouTube that we have seen in recent years and could open the door for the rise of new mobile multi-gaming channels.

Three was the magic number

To date, the mobile gaming scene on YouTube has only really seen three games consistently proving they are able to support the growth of popular dedicated channels: Pokémon Go, Clash of Clans and Clash Royale.

With the Pokémon Go hype dying down, the most successful mobile gaming channels resorted to the two Supercell titles to entertain their viewers, with Clash Royale holding the crown for top performing YouTube mobile game for a long time.. But the numbers appear to be in decline.

Since April 2017, many renowned Clash Royale and Clash of Clans streamers have seen a steady decline in their view counts.

The biggest Clash Royale streamer, Nickatnyte, for example, has gone from an amazing 40,890,000 total views per month in April 2017 to a still impressive, but markedly smaller, 14,180,000 total views this October.

The development started with a change in YouTube´s ranking and listing of the Clash Royale videos, but now appears to be accompanied by viewers looking for new creative content elsewhere.

Influencers streaming to other games

Over the last few months, we have seen multiple large-scale Clash streamers turning away from the game that ultimately made their channels in the first place.

This development seems exceptionally strong in central Europe, with German and French stars like Trymacs, StanPlay, Diseax and BFA all recently creating more videos around other games, and Americans and the rest of the world are starting to follow suit.

There is a huge opportunity for mobile publishers to push their games ahead and compete on a more open field.

This is contributing to the rise of a new type of channel that had not previously had a significant presence: the multi-gaming mobile channel.

Suffice to say these channels are especially interesting for the influencer marketing world where mobile developers had previously been challenged with a YouTube scene focused strongly upon one game and thus more reserved towards other content.

When compared to multi-gaming PC YouTubers, who naturally cover a multitude of titles, mobile gamers often see at least some of their audience complain when shifting focus to a different game.

Whilst Supercell’s DAUs are likely to remain among the highest in the mobile games space, the apparent decline of these giant titles on YouTube and ongoing diversification should lead to a drastic change in the perception of influencer marketing.

Fans, along with influencers, are actively looking for new games that spark their interest, and there is a huge opportunity for mobile publishers to push their games ahead and compete on a more open field.

That said, it could easily be Supercell itself who yet again seize the mobile gaming throne with a new title, just as Clash Royale took the crown from Clash of Clans one and a half years ago.