India Spotlight: Over 90% of marketeers in India will launch an influencer strategy this year 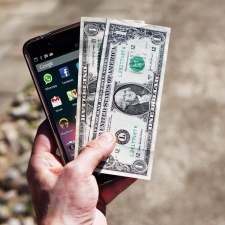 A pair of new reports on the blossoming influencer marketing sector in India have found that an estimated 92 per cent of marketeers will launch some kind of influencer campaign in 2018. 62 per cent will also be increasing their influencer budgets.

This is especially true with influencers who have 50,000 or more followers, who are employed by 46 per cent of campaigns.

40 per cent of marketeers used influencers with between 10,000 and 50,000 followers while 26 per cent worked with those boasting follower counts of between 100 and 10,000. 65 per cent of such marketing activity, however, instead used celebrities from movies, TV or sport.

Zefmo found that in over half of cases – 56 per cent – such campaigns were used for product launches, while 54 per cent involved content promotion. These were followed by event promotion (40 per cent), community management (33 per cent), corporate communications (19 per cent) and SEO (15 per cent).

This particular report found that Instagram and Facebook were the preferred channels, both used in 60 per cent of influencer campaigns.

Twitter (55 per cent), blogs (42 per cent) and YouTube (42 per cent) were all also popular, although perhaps interesting in how they differ from Western markets. Engagement remained the chief metric by which most campaigns were measured (23 per cent).

Interestingly these findings clash somewhat with another report recently released by Buzzoka. The Buzzoka Influencer Marketing Outlook 2018 report found that Twitter was the most popular platform (88 per cent), ahead of Facebook (84 per cent) and Instagram (72 per cent) and blogs (46 per cent).

This study found that brand promotion was the most common goal of Indian influencer campaigns (51 per cent), while reach was the aim of just 28 per cent.

Indeed, 46 per cent of the report’s respondents believed that the strength of influencer campaigns was emboldening reach and engagement, while 23 per cent saw it as a good alternative to traditional advertising.

Only 15 per cent felt it offered a better ROI than other marketing mediums, however, while 55 per cent saw ROI as influencer marketing’s biggest challenge and 73 per cent named determining ROI from a campaign to be their biggest strategic hurdle.

Overwhelmingly, however, 90 per cent believed influencer marketing had engagement and reach potential.

Buzzoka also found that follow numbers (67 per cent) and content quality (63 per cent) were the most important elements they look for when devising their influencer strategy, while only 48 per cent regarded cost (and engagement) as useful metrics. 71 per cent of marketeers approach influencers directly while 29 per cent use agencies.

78 per cent of campaigns were designed to grow social media followers or increase engagement and 50 per cent to generate sales.

48 per cent specifically wanted content created by influencers and 46 sought to increase traffic. Tellingly, 71 per cent felt that influencer marketing acquired the best customers of any marketing type.

There was no clear preference when it came to payment models. 26 per cent paid per post or video and 23 per cent paid CPA (cost per acquisition). 21 per cent paid in either free products or experiences and 19 per cent via CPE (cost per engagement).

43 per cent said that an entire influencer campaign takes up less than 10 hours of their time, 37 per cent between 10-25 hours and 14 per cent 25-50. Two per cent said a campaign can take up over 100 hours of organisational time.

Interestingly for Western audiences, 44 per cent of respondents said they did not require influencer partners to disclose sponsored content.

Buzzoka also questioned a number of influencers themselves. Only 13 per cent of Indian influencers were happy with what they were paid for their campaigns, and 49 per cent cited ‘small payments’ as the biggest problem in influencer marketing. Seven per cent said they were not willing to disclose sponsored content in their posts.

“Influencer Marketing has huge potential and we are seeing an upward trend in the influencer space as there is a tremendous scope for brands to initiate conversations in a thoughtful environment,” Isobar’s media buying head Guru Mishra said. “With rising Platforms like Snapchat, Quora etc. I am sure we are seeing an amazing year ahead.”

Cipla Health’s senior marketing manager Ankur Dey Tarafder added: “As physical societies transform into online communities, influencers are like the elders in the family who we look for advice and reassurance and new information. Influencer marketing is going to be a crucial pillar for brands from the objective of creating awareness, engagement and finally sales.

“Currently influencer marketing in India is skewed towards product launches. With more strategic choices of influencer partners (beyond followers) the ROI from investing in them will be far higher and sustainable.”