How important is it to vet influencers before sending them a key for your game? 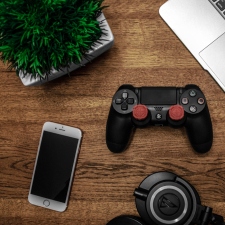 COO of popular gaming channel NerdCubed Matt Collins said he feels there’s more of a ‘trend’ towards asking YouTubers if they want a key, rather than just sending one anyway.

As a variety channel with 2.5 million subscribers and astounding engagement rates, NerdCubed is highly sought when it comes to coverage.

“Years ago the default position was just to send a key, which was great since if you were looking for a game to play and found something interesting you could download/test/record there and then," Collins said.

“Now about 80% of emails I get are asking if we want a key, rather than just providing one. So rather than simply trying it and seeing how it is, you have to watch trailers, go back and forth with emails, then probably forget about it as it’s one of 50 emails a week about covering games.”

In short - yes. The sheer saturation of the YouTube and Twitch space partnered with how easy it is to accumulate a following means that anyone can pose as an ‘influencer’. There are countless YouTube, Twitter and Instagram accounts that boast large followings, but the engagement just won’t measure up.

Not only that, but developers are inundated with key requests from random email addresses, pretending to be popular creators.

“I have a big list of streamers who I know I can trust and I'll fire keys at them without asking first,” Founder of publishing company No More Robots Mike Rose told InfluencerUpdate.biz.

“When it's someone I don't know so well, or a streamer who has got in touch with me, I'll make sure to verify them first, usually by checking their email on their Twitter bio.

“The majority of emails I get from YouTubers and streamers are fake, and I can spot them a mile off, so as you've seen on Twitter, I send them fake keys to just have a bit of fun with them. It's very easy to spot a fake - the email address itself normally gives it away, but the body of the email is always too familiar and bouncy, like "Hey, I am very cool YouTuber, you know about it right lol!" and all that jazz."

Rose came up with a creative way of dealing with fake key requests for No More Robots' recent release, Descenders.

Someone emailed me pretending to be @YogscastLalna, so I sent them a special Steam key pic.twitter.com/9yxL8sroA1

However, Focus Interactive’s community manager James Bartholomeou is a little more open to sending out mass amounts of keys to creators. Asking influencers before sending the key just creates an extra step, one that influencers may not respond to due to the sheer amount of mail they’re getting.

“It depends who the creator is, and the method used - if it's someone I know personally, then yes, I'll make sure to ask them if they're interested in the game. If we're sending keys out in a mass email, we'll typically generate keys to stick into those emails through MailChimp or something.” He told us.

Freelance games marketing consultant Chris Sloane agrees that sending a key upfront cuts out a lot of unnecessary faff for both parties.

"Both sides [influencers and developers] are getting a plethora of emails with requests to cover games. There's hundreds of games coming out all the time and they're both only going to go through and pick the games that are of interest to them," Sloane told InfluencerUpdate.biz.

"I strongly encourage my clients to just give keys straight up front. My clients are indies and they're not going to have the clout that a bigger publisher is going to have. There's always going to be a barrier of 'why should I care about this game?' from influencers and journalists respectively.

"Giving the key up front increases the likelihood of a game being covered because people don't want to jump through hoops.

"There's so many games and so many influencers now that its impossible to know every single person. We have aggregate sites and we have ways to evaluate a creator, but we also need an interface such as Keymailer that can give us information quickly."

Not entirely. Steam can reject key requests, and a developer may only have a limited amount to send out which means they need to pick and choose the recipients.

"There's always the possibility that a key request hasn't been approved in time, meaning devs only have a certain amount of keys to send out before a launch." Sloane told us.

"This means they have to be selective with influencers to ensure that they're getting a return on investment."

Is key re-selling a problem?

The rise of third-party key sellers like G2A is a worry for developers, especially indies that are trying to sustain their business. Emailing mass amounts of keys out to random influencers on the off-chance that they might cover your game is a risk some developers will not take.

“I'm very particular about who I send keys out to, especially in the age of G2A etc, but fortunately Twitter DMs exist, so it's pretty easy to verify who YouTubers and streamers are.” Mike Rose told us.

James Bartholomeou added: “I think it's very risk reward, at least for us. We're a smaller publisher and I think there's a calculated decision to say that it's easier to risk a key being resold than it is to risk not getting coverage because of the steps added by asking them if they're interested.”

In short, influencer marketing is inherently a risk/reward strategy. There's no guarantee that a creator will review, play, or even look at your game (unless you pay them to do so) whether you send a key up front or not.

There's also a possibility that keys will end up destined for third party sellers, but taking the time to build a rapport and email every single creator to gauge their interest is something that developers may not have time to do.

Fortunately, sites like Keymailer will do the research themselves so that developers can safely distribute keys to influencers that are proving themselves with consistent, engaging content.