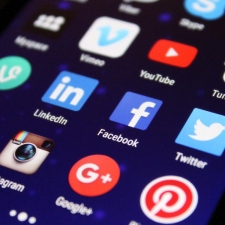 Just a quick scroll through your Instagram feed is probably enough to make you realise things have changed. And Facebook’s not much different. Posts from your mate’s night out on Friday are suddenly popping up on a Monday afternoon. What’s going on?

For the average social media user, it’s water off a duck’s back. But for influencers and marketers, it’s caused a bit of a flap (read more about the effect on blogging here).

With a huge rise in brands implementing social into their marketing strategies, it’s important to stay up to date with these ever-evolving changes.

More than 50 million small businesses use Facebook Pages to connect with customers. Yet it’s becoming harder and harder for followers to see your posts.

Facebook announced its news feed update in January 2018, which means posts are now ranked in order of how many people react to, comment on or share posts. It also prioritises posts from friends and family over public content and Pages - which means brands have seen reach, referral traffic and video watch-times decreasing.

The most important thing here is interaction. For organic reach to generate visibility, brands and influencers need to be posting content that makes followers react and comment, sparking conversations between people.

Live videos get six times as many interactions - so as daunting as your first real-time share may be, you’ll reap the rewards by prompting discussions among your followers and get more views. But if you only implement one new strategy to your Facebook posts - ask questions. They’re your key to riding this new algorithm wave.

Brands have been using a tactic known as ‘engagement bait’ for a while now. You’ll have seen it before: “LIKE this if you love cheese”, “SHARE this if you have elbows”, “Tag a mate who wears shoes!” etc, etc. Facebook is onto these spam-a-lots and will demote posts that use this lazy strategy.

How quickly do you reply to comments left on your posts on Instagram? You might want to speed up those responses, because part of the platform’s algorithm changes included restricting exposure based on your engagement.

It’s a way to filter out the humans from the Instagram bots - those ones that leave generic comments such as ‘Great work!’ or ‘Love this!’ but never engage in conversation.

First of all - reply to your followers’ comments on a post as soon as you can. The quicker you reply, the better. And when you’re leaving comments, make sure you leave four words or more to stand out from the bots.

Utilising Instagram stories is another handy way of increasing visibility. Posts and stories shown first are those you engage with most - so chat to your followers more and you’ll be the top thing they see.

It’s tempting to drown your post in hashtags to bump up visibility and in turn, engagement. But it’ll get you nowhere. Too many hashtags will land you in the spam bin, and into the shadow-banned world (a dark world devoid of love-heart ‘likes’).

There’s a sweet spot of about five unique hashtags - but not the same ones all the time or you’ll look like a bot. Importantly, don’t use hashtags in the comments of your post - it won’t show up in search results. And lastly, don’t edit your caption for at least 24 hours after posting - you’ll reduce your chances of being seen.

How many times have you seen a post from a blogger and wondered if they’ve been paid for it? In an era of #FakeNews, sponsored posts should be crystal clear to separate fact from fiction - the Advertising Standards Authority (ASA) are clamping down on these blurred lines between ads and editorial content.

It’s a minefield for social influencers - but those who don’t play by the advertising rules risk damaging their own brand and their advertisers’ brands.

If you’ve been paid for a post, tell your followers. Include the #ad label in a prominent position so people don’t need to play Poirot to determine whether it’s a genuine impartial opinion. Whether it’s a tweet, Facebook post, Instagram story or vlog, it should be 100% clear that you’re posting an advert.

Next-generation social media marketing means we need to sharpen our strategies to remain seen and grow as companies and influencers. We’re moving into an era which is less about brands and more about what followers need - aligning the two with genuinely engaging, completely transparent content.