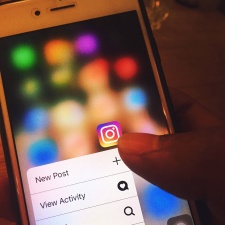 A new report from Activate entitled ‘Two Sides of the Same Coin: Exploring the Brand and Influencer Relationship in Influencer Marketing’ has shown that the influencer marketing sector is blooming at an incredible rate.

The report found that 62 per cent of marketers are increasing their influencer marketing spend this year. This aligns with the 61 per cent of influencers who say they had more commercial partnership opportunities in 2017 than they have before.

The results came from interviews with over 800 influencers and 100 marketing professionals based in the US, and was conducted in March 2018.

Note that 72 per cent of the influencers questioned have 25k or fewer followers, while just under five per cent have 100k to 250k and around four per cent over 350k.

The influencers overwhelmingly felt that Instagram and, perhaps surprisingly, blogging were the big growth areas for commercial partnerships.

While video is a growing trend, the barriers to entry for influencers on YouTube are high.

The latter can perhaps be put down to the arguably lower than expected follower numbers among those surveyed for this report.Over half of them felt YouTube was providing fewer opportunities, while nearly 600 felt that Snapchat is in serious decline.

This roughly tallied with the results from the marketers, although the enthusiasm for blogs – while still positive – was less pronounced, and the majority still report YouTube as a growth area.

“These findings, especially the declines, echo what we see happening on our platform,” Activate observes. “Instagram and blogs are the two channels where clients and influencers consistently show interest. YouTube and Snapchat see decreased interest due to the unique challenges they present.

“While video is a growing trend, the barriers to entry for influencers on YouTube are high. High quality YouTube videos require more production skill and access to video equipment. Snapchat, on the other hand, has low barriers to entry but faces other concerns from brands and influencers over a lacking influencer ecosystem and difficulty with tracking metrics.”

The importance of defining your goals with influencer marketing has been widely cited as crucial to accurately measuring its success. Activate’s report suggests that there’s a bit of daylight between how influencers and marketers perceive the thrust of their business.

“Influencers are one of the few channels that can be leveraged effectively for both top of the funnel and lower funnel objectives like brand awareness and sales conversion. However, the key challenge for marketers will be how they balance their investment throughout their marketing mix to drive efficient overall cost of acquisition.”

On this theme, direct outreach has grown in popularity among marketers, with 72 per cent now opting for it as their preferred method of establishing partnerships. That’s up from 59 per cent in 2017. However, also up are influencer marketing platforms, which are now used by 46 per cent of marketers compared to 34 per cent last year. Organic searches also remain popular.

“Influencer Marketing can be very complex at scale,” Activate argues. “Marketers are beginning to understand that platforms can alleviate this complexity.

“Platforms can offer access to influencers, as well as drafting, payment, and FTC compliance tools to streamline partnership execution. They can also offer data and reporting tools to evaluate post-partnership success. This leaves room for marketers to focus on the creative aspects of a partnership instead.”

There was little consensus about what considerations were prioritised when selecting influencers.

It’s clear that influencers want to protect their audiences from oversaturation of sponsored content.

Influencers themselves seemed more unified in their thoughts, with most saying a personal like of the brand and an existing interest remain the key reasons for agreeing to partnerships. Far fewer cited payment or growing brand experience as a factor.

“It’s clear that influencers want to protect their audiences from oversaturation of sponsored content,” Activate says. “Before engaging in a partnership, influencers want to ensure that there is a natural narrative between them and the brand. This can even go so far as to impact pricing.

“We cannot say that there is or is not a certain amount of money that will entice an influencer to consider working alongside your brand. But what we can say is that an influencer may accept less money for a collaboration if they truly love and believe in your brand. That said, money won’t guarantee your partnership an outstanding performance, only your brand’s affinity with the influencer’s audience and a strong content strategy can secure that.”

60 per cent of marketers pay a flat fee for partnerships while only 17 pay according to assorted performance metrics. 47 per cent say that influencers are most often paid with freebies or other incentives.

70 per cent of influencers, however, say that compensation normally takes the form of goods or services while just 54 per cent are paid a flat fee. However, nearly 65 per cent said they are held accountable to performance metrics.

“Performance based payments like cost per engagement, click, or affiliate commission may be lacking behind as they are much more transactional,” Activate reasoned. “If too transactional, these methods can force an influencer to function as a salesperson pushing affiliate links and coupons and not as a content creator, thus defeating the purpose of a custom collaboration.”