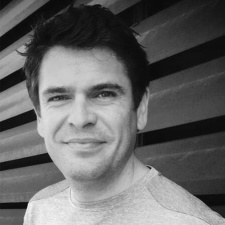 Whether or not it’s fair to say that the word ‘celebrity’ has seen its meaning diluted, certainly there are more celebrities now than ever before.

This is both a blessing and a curse to marketers. There are plenty of people to feed from when promoting brands, but the propensity of big names has made selecting the right one harder than ever.

The creators of Sportstar Influencer are all too aware of this and have created a platform designed to help brands who want to tap into the sports market. With the 2018 World Cup now underway, interest in sports celebrity marketing will likely be at its peak, too.

The service measures a host of metrics including social, engagement, media, and sentiment data points to rate and rank sports players against each other. This data can then be compared at a local, national and international level. The idea is that marketers can use the data as a tool when trying to identify suitable influencer marketing partners.

Influencer Update caught up with Oliver Morrison, the CEO of the service’s creator Filter Digital, to find out more about the idea and future plans.

InfluencerUpdate.biz: How did the idea for Sportstar Influencer come about?

Oliver Morrison: We were working on reports for Crystal Palace FC and looking into ways to increase the reach and engagement of the team. We found that there wasn’t an easy way to rank club vs club, let alone players against their peers.

It was a manual task to find social handles across the variety of channels, before beginning to make sense of follower counts, frequency of posting, engagement and the makeup of audiences – and then to report on all of this in a consistent manner.

We’re inquisitive by nature and decided to do an R&D prototype project to better understand ‘real’ influence and the nuances to better determine ‘true’ ranking. It was immediately apparent that this was a sport-wide reality.

How difficult is it to assign a numerical value that accurately portrays a person's online influence across different social media? And how much worth can be attributed to that value?
It’s really difficult! But that’s probably why no-one else is offering up this kind of data right now.

At the heart of our influence score, we look at overall social following across the main networks, and then we add on modifiers for levels of performance, engagement, sentiment, media buzz and other elements. We look at this objectively and try to understand whether we think we have the balance right, much in the same way that Google tweaks its algorithm to up or down-rate specific items.

However, we’re keenly aware that influence isn’t just a numbers game - it’s also based on softer, more human factors; which is why we’ll be developing our datasets to feature personality traits to better determine the markets that these influencers are most suited to.

Have you spotted any trends in your data that have surprised you?
Now that we’ve released the data for World Cup Russia 2018, we’re surprised at how low down the list the England team rank. The top English player is Harry Kane, as we would probably expect, but relative to the rest of the players at the World Cup, he doesn’t make an appearance until 65th place.

Harry Kane is consistently rated as one of the best players in the Premier League, plays for a top four club, is in the Champions League, is England captain… and yet his profile globally, from a social and marketing perspective, is lower than Javier Hernandez, who’s not as ‘hot’ and whose club team has had a tough season.

We’re seeing more demand from brands that want to connect with audiences who need to feel that influencers are regarded as more authentic and trusted.

But it’s not just Harry Kane - running the lists of the top 20 players by position for the World Cup, only a couple of England defenders appear and they’re at the bottom of the pile. Perhaps the Premier League and English players aren’t as important as we think they are.

How much demand is there for influencer targeting services in the current market?
We’re seeing more demand from brands that want to connect with audiences who need to feel that influencers are regarded as more authentic and trusted. They want to find a way in, and the numbers of fans on social media make this a growing channel for paid media spend.

However, working out who might be suited to your brand, apart from the usual suspects, is harder to understand, especially if you’re looking at this for the first time and need a guiding hand. We’re not just offering targeting - we provide consultancy, are able to set up meetings with agents and strategic advice. For this, we believe that there is enough demand in the market.

Who do you see as your potential clients?
We’ve seen interest from brands that want to find influencers to build a partnership with to represent them and their non-sports-based products, such as Head & Shoulders using footballers to sell shampoo. They want to gain brand awareness and are typically looking for players that have a wide appeal.

On the other side of the fence are manufacturers that create and sell sports products and are looking to find up-and-coming stars. They want to get in early and ensure that their product is associated with the success of the sports person.

We’ve previously spoken to marketers who advocate identifying influencer partners in-house instead of using an agency?
Not everyone can afford or has the talent in-house to achieve this. As marketing channels become more mainstream and easier to activate, it widens up the use of the channel to brands that may not have dipped their toes into the water before. In these situations, they're often keen to bring in help from external partners to guide and advise them until they’re ready to do it on their own.

For these types of companies, we’re here to help, to work with them to bring them up to speed and ensure they make a success of their first campaigns with minimal investment, enabling them to get started quicker than they might be able to on their own.

Some research suggests celebrity influencer marketing is declining in favour of smaller, more targeted influencer partnerships. Have you seen any evidence of this?
We love targeting! It’s one of the key benefits of digital channels that you can identify and create personalised campaigns, which usually bring better results. Despite this there will always be a space for broad-brush campaigns. Although TV advertising has slowed in recent years, it still exists and still works to achieve brand awareness across a wide group over a short period of time.

You've previously mentioned branching out into tennis and rugby - could other sports follow after that?
Yes, and we are already working on them, and preparing to open up new datasets for public consumption. Over the summer, we’re going to be releasing data for F1, Wimbledon, and The Open. Rugby and Cricket are high on our list as we feel that these are untapped markets right now, plus we are working on partnerships in the gaming industry to make our move into esports, which is an exciting growth area for influencer marketing in the future.

Have you considered the possibility of adding retired players into your system?
Yes, we have, and we think it is a great idea. Actually our problem, although a nice one to have, is that we have too many ideas! Since we began working on Sportstar Influencer, we’ve brainstormed so many ideas that our roadmap would stretch to Russia and back…

Everyone we meet and talk to has great feedback on what we can do to add to our datasets and how we can showcase more of the work we do, and we can’t wait to put these ideas into action.

Could your system be applied to non-sports fields?
It could, and that’s one of the options that we have looked at. For the moment though we’re focused on sport as we’re all passionate sports fans and it means we get to come to work and talk about something that we love. That’s the dream isn’t it? Find something you love, call it work and then do that all day long.