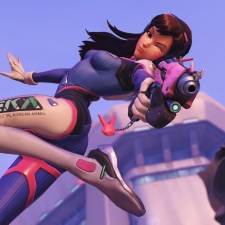 Blizzard is taking a new approach to minimise toxic behaviour in Overwatch.

The company is now actively sniffing out toxic players through their social media accounts, and taking action against them before they've even been reported by another player.

Kaplan states in the video that changes to Overwatch’s report function has led to success in reducing the amount of abuse in-game.

Recent updates meant that console players can now report toxic behaviour and players will recieve warnings ahead of bans. Since this development, 20% of players are now actively reporting players, and incidents of abusive chat are down 17%.

Kaplan explains in this new update that the Overwatch team is now actively looking for YouTubers and streamers that might be causing grief to other players for entertainment purposes.

There is certainly a surplus of videos online that depicts players trolling and causing havoc, but they're often done on alternate accounts so the player can avoid a ban on their main account.

Now, those griefers are at risk of being discovered and banned from the game via their video content. If a certain channel or Battletag is flagged, Blizzard will now actively check for evidence of griefing or poor teamwork in-game.

Bad news for those who enjoy griefing for fun.