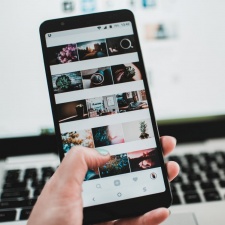 Our brains feel like browsers with millions of tabs left open - so much so, measures are being brought in to protect the mental health of social media users.

Instagram has been rated the most detrimental platform on young people’s mental health, according to a report by the RSPH (Royal Society for Public Health). Last month, CEO of Instagram Adam Mosseri announced the platform is beginning to experiment with hiding the number of likes and views that posts receive on the platform to create a more positive user experience.

Likes are a form of social currency. And for influencers - actual currency. The pursuit of likes can stoke competitive and addictive behaviours which cause stress and other mental health problems. Users can end up fixating on how many people have hit the little red heart on their videos or photos. It can even have an effect on self-esteem: we’re humans and we like praise.

“We want people to worry a little bit less about how many likes they’re getting on Instagram and spend a bit more time connecting with the people that they care about,” Mosseri said during F8 - Facebook’s yearly developer conference in San Jose, California.

Turning a public ‘like’ into a private gesture feels more honest and personal; less of a statement. It’s a more genuine approval for the content itself, rather than what we think we should be approving in front of our peers.

A test run was rolled out in Canada this month, where user posts were displayed as normal, but likes were hidden from everyone but the owner of the post. The account owners can still check their own stats by following a prompt.

What does hiding likes mean for the influencer marketing industry?

Trialing an Instagram without public red hearts is just a drop in the ocean in terms of tackling the mental health problems caused by social media. Users will likely ramp up engagement rates to measure online popularity and seek validation another way. However, it’s definitely a step in the right direction.

Understandably, the announcement has had influencers and advertisers worried whether this will impact their campaign goals - particularly those selected and chosen by brands based on their likes and follower counts. But fear not - it’s not the only metric brands care about when it comes to partnerships.

It doesn’t matter how many likes a photo has - authentic influence can only effectively be done through genuinely useful content.

In 2019, engagement rates are arguably the most important Instagram metric because they show you how passionately an audience cares about the actual content your posting - and that’s how you create influence.

It’s more important to give customers a good experience and then maybe convert them. It doesn’t matter how many likes a photo has - authentic influence can only effectively be done through genuinely useful content. Influencers in a sans-’like’ world will have more creative freedom to post natural content, rather than worrying about what performs well in numbers.

What can brands and influencers do to stay ahead on a like-free Instagram?

For influencers, there’s never been a better time to pull together a good influencer media kit that shows your metrics in full - especially statistics such as click-throughs to websites. Influencers with higher engagement on Instagram are becoming more desirable than those with large follower counts. It’s all about content and value as opposed to likes and vanity metrics.

For brands, it’s time to get more creative with marketing data analysis. Get specific: which posts are actually driving engagement and sales? Likes can be empty currency - an easy number to show how content is performing. But your actual ROI is what matters.

Instagram has also unveiled a new tool that allows brands to promote the posts of influencers they're working with, which is another step towards authentic influencer marketing that doesn't revolve around the red heart count.

For everyone, it’s still unclear whether or not the like-free feature will go ahead - and it’s likely to be months before we hear more.

Instagram could be planning to hide 'likes' in a new design