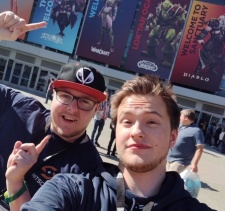 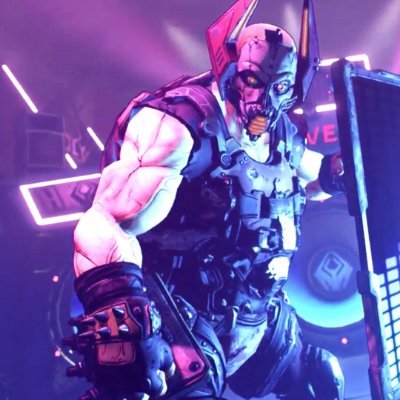 The launch of the channel coincided with the Overwatch closed beta, which allowed the pair to create compelling Overwatch-themed content from the off.

When the game came out in May 2016, the channel was already one of the go-to destinations on YouTube for all things related to Blizzard's shooter. In 2018, the channel merged with leading multimedia network The Yogscast.

This year, Horton and Gür found themselves at an impasse. While they both still enjoyed making Overwatch content, there was a lot of pressure to create daily videos about the game, at a point where Blizzard was quietening down to prepare for its next announcement. The pair also wanted to cover other games, but found themselves restricted by the brand they'd crafted.

Last month, Overwatch Central changed its name to Hitscan. This new branding gives the channel the freedom to still create Overwatch content, but also expand into other FPS shooters that pop up. With Overwatch 2 on the horizon, moving away from an established brand could seem like a counterproductive move, but Horton thinks that the name change is a proactive effort that futureproofs everything he and Gür have built.

"In 2015, calling our channel Overwatch Central made a lot of sense, we wanted to focus solely on the game and people knew what to expect from the channel," Horton tells InfluencerUpdate.biz.

"But the amount of games that you can do that with is pretty limited. Even the biggest games, like Fortnite, at some point a Fortnite focused channel will need to decide whether it wants to continue covering a game that might not be as relevant or move onto something else.

"Changing our name from Overwatch Central to Hitscan becomes a little more all-encompassing with FPS games in general. We have no intention of stopping Overwatch coverage, but I feel as though the old name was kind of a detriment to us."

Horton also notes that it felt important for the channel to rebrand before this year's Blizzcon event. Rumours surrounding a new Overwatch title were circulating heavily and sure enough, Jeff Kaplan did unveil that Overwatch 2 was on the way.

With the announcement of an Overwatch sequel and the current title still going strong, why was now a good time to rebrand? Horton explains that the channel's content isn't going to change, but the pair also needed another outlet.

We're not sick of Overwatch, but the channel name felt like a detriment to our ambition.

"The Hitscan channel idea was something that we played around with for a while. Me and Mysca knew we wanted to do something else and for a long time, we considered a brand new channel," Horton says.

"So we thought 'alright, if we make a new channel, what is the content going to be?' But we didn't really have an answer for that; Mysca was really into Call of Duty at that point and I was getting into Anthem. So around that time, we moved more towards focusing on our own YouTube channels covering games we both liked separately.

"While working on our own channels was working out, we still really enjoyed working together. It's always good to have someone to bounce ideas off, and Overwatch kept reeling us back in. While I don't play as much anymore I'm constantly invested in what's happening with it. We're not sick of Overwatch, but the name felt like a detriment to our ambition."

Overwatch isn't the only title to spark focused channels in the last few years. Handfuls of creators have found success covering just one game. A prime example of this is Tyler 'Ninja' Blevins, who shot to unimaginable heights in 2018 covering Fortnite. Targeting a single game is a great strategy, but it can lead to problems in the long run.

"Focusing on one game for a set amount of time is a really good way to get consistency through views. Your audience will know what to expect and it's a good way to grow," Horton adds.

"If you can do it and make it work you'll have a lot of success. But the question afterward is will that game have a lifespan, and will you enjoy that game after covering it for a certain amount of time?

"The red flag at the moment is naming a channel after a game. Once you've committed to a game there's no telling what its lifespan will be - whether it'll enjoy several years of consistent content or whether it'll fall over and die off after a year. We were lucky that Overwatch became a great game to talk about.

But we're also not at the whim of Overwatch anymore. If for some reason Blizzard turned the servers off overnight, we'd have been screwed. Hitscan feels like a proactive decision. We wanted the new name to still be relevant to Overwatch, but also give us the freedom to cover other titles and make different types of content."

Rebranding a YouTube channel can seem like a daunting task when you're an established brand. Creators can feel trapped by their own content or unable to change it up in case their audience responds negatively or revenue streams decrease.

But Horton assures that changing it up can be a good decision in the long run. It means creators can cover different games if they feel burnt out, and give themselves a break from squeezing content out of a single source.

"I think the main thing for us was to not change too much. Changing a name isn't all that much on YouTube. People will still see our usual thumbnails and videos through recommendations or sub boxes and recognise us, and eventually, they'll notice the name change," Horton adds.

Rebranding helped our mental health; we don't have to constantly worry about the state of Overwatch and what that means for us.

"The big mistake I see people making is when the rebrand is changing too much at once. If you're going to change your thumbnails for example, everything else needs to stay the same so you're still recognisable during a transitional period. In all, make sure your content doesn't change too much.

"We became much more personality-based than we expected as time went on, and we've gotten a lot better at showing that. We wanted to get ourselves away from this faceless organisation that we became because it wasn't really benefitting us in any huge way.

"Rebranding helped our mental health too because we don't have to constantly worry about the state of Overwatch and what that means for us. It feels like we have much more control now, and if another game comes along that we're invested in and our audience is invested in, then we can cover it freely.

"We're still going to be making the same Overwatch content we always have, but a name less-focused on one single game means we can step outside the box and make other things that we think our audience will enjoy."