Ashdubh: "YouTube could carry on for ten years, but I don't think its creators will stay the same." 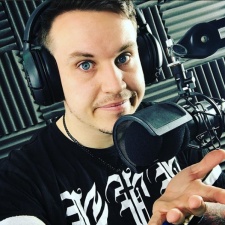 Over the past few years, YouTube has become one of the biggest forms of children's entertainment.

Unfortunately, it's one of the most accessible platforms too, which means it is hard for parents to mitigate what their children are watching.

Ashdubh is child-friendly content creator, who works hard to ensure that his content is appropriate for everyone. While that may lead to restrictions in the things he can say and do online, Ash is committed to creating a safe, friendly and fun space for gaming fans of all ages, and has amassed a enthusiastic, sizeable following in the process.

First off, talk us through Ashdubh’s YouTube channel. Elevator pitch! What do you do, how long have you been doing it?
I'm AshDubh, better known as just Ash which in fact is my real name, even though people believe it to be not! I've been doing YouTube since January 8th 2013, so four years now.

Did you have any idea your videos would be as popular as they have been?
Never in a million years did I think the channel would gain this much exposure!

How do you structure your work days? Do you find working from home a blessing or a curse?
I find it both a blessing and a curse. A blessing 'cos well, less travel, but a curse 'cos I can get a little lazy at times or distracted by everyday house things!

My work structure goes a little something like this: 7.30AM wake up, 8AM out of bed to let the team out; Barry-Allen & Cisco - my dogs that are indeed named after The Flash characters! At 9am I'll sort out what I'll be doing for the day and grab breakfast, between 10-12 I record, edit and upload the videos. Between 12-1 I sort the thumbnails out, and then from 1-5 work on ideas, artwork and plan more videos. I eat dinner around 6-7 and then maybe do a stream. By 10PM I'm in bed and repeat!

How much does your audience and target demographic affect your work? Does it make you fearful to express yourself in other ways and styles?
It affects me to a certain degree. I class myself as 'Family Friendly' but everyone has a different term for it nowadays, as well as different opinions of what falls in to that category. I have other channels to express myself in different ways.

Additionally - do you think you have a responsibility to conduct yourself differently when catering to a younger audience?
Yes. When I'm doing the main channel I'm a lot louder, my pitch in voice changes a little, and I do cater to some younger ages but at the same time I cater to everyone.

However, I don't dumb down my words for kids and I still use certain words to express myself. I'll always speak how I do in real life, if that makes sense!

How do you make running a channel sustainable? Given the recent changes to monetisation and YouTube revenue, do you think you’ll be forced to monetise in other ways?
My main channel hasn't been affected by anything; the channels that seem to be suffering the most are the ones that aren't considered 'Family Friendly'.

However, my vlogging channel is mainly aimed at older viewers and that got hit hard with the "advertiser friendly" stuff, whereas my main channel has only been hit once. That was soon released after I appealed - but that doesn't mean I wouldn't look for a plan B because you never know what's going to happen.

Do you think the negativity surrounding YouTube will eventually lead creators to move over to other platforms, or is YouTube is too big to fail?
YouTube could fail. YouTube could end tomorrow, or it could live on for a further 10 years or so. It has the potiental to carry on but with all this change affecting people - I don't think the creators will stay the same.

The way it's heading, it seems 'child/advertiser friendly' channels will take the limelight, which might force creators to rethink the content they're making.

What do you think it means to BE an influencer? Do you think you have a certain responsibility to inspire and stand up for the right things, even if you don’t want to?
I think it's important to lead by example. To teach your following what is right. I don't preach on my channel about doing the right thing or forcing people to listen to my opinions on things because I'm a strong believer in learning by your wrong doings, but I'll always help and guide people when they need it, or stand up to those who speak ill about others.

How do you think the YouTube/Influencer is scene is performing currently? How do you think you’d fare if you started a new channel right now?
I actually started a new channel that's not connected to my main AshDubh channel, and that is named something completely different. I've classed it as an expirement that I'm conducting, so maybe in a few months I can answer the second part of the question based on what happens to that channel!

You’re closing in on that sweet mil finally. What does the future of Ashdubh look like to you?
It looks like it'll be an even tougher round with more hard work, but less videos. I've done YouTube daily for pretty much four years at two videos a day but I think times have changed. Two videos for channels doesn't usually fair well unless you have a very strong auidence. The problem with catering to just younger people/teens is that they grow up fast and move on, which has happened a lot to me already. People have told me they moved on to channels that play more mature games. AshDubh will always be this fun, loud character but it'll be more chilled in terms of how much I upload.

Who’s your favourite power ranger?
Green/White for sure!