“Mobile is catching up on the Minecraft era real quick” 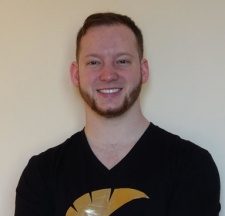 It still reigns supreme in terms of number of views, but other titles like Roblox and Grand Theft Auto V are also proving hugely popular.

And, increasingly, mobile games have proven popular on the video and streaming platform through games like Clash of Clans, Clash Royale, Pokemon GO and more.

YouTube channels including Chief Pat, MOLT, Clash with Cam, ArcadeGo and lonniedos are making a good living out of playing mobile games, sharing their expertise and insights on the experience.

The potential for influencers to reach these audiences - even those that are more casual - is obvious, but it’s taking time to fulfil it.

Speaking to InfluencerUpdate.biz, Brian Dodge, CEO of influencer marketing agency Spartan Elite Advertising, says that mobile has become immensely popular on YouTube and is “gaining at a rate far beyond anyone else”.

You look at four years ago and there was not even a community.

“As far as anyone subdivision goes where you're just playing dedicated games from one actual thing like console or PC or mobile platform-wise, it is catching up to the Minecraft era real quick,” says Dodge.

“You look at four years ago and there was not even a community, [the best had] less than 100,000 [subscribers], and that was the god of the industry for mobile. Now four or five different people have 2.5 million in the American market alone.”

Dodge puts the growth down to two things: that there are more mobile phones than ever and a greater number of people are connected to the internet than ever.

People can play games, watch their favourite TV shows and, of course, stream themselves either playing games or vlogging about their lives. The technology is progressing rapidly, with large HD screens and advanced processors powering new experiences.

Significantly, technology is supporting not just improved visuals providing eye-pleasing gameplay on mobile devices, but it’s offering a wave of real-time gameplay experiences too like Vainglory, Honor of Kings and Clash Royale.

It’s no coincidence all three are being pushed as big mobile eSports, and the latter two are generating billions of dollars in revenue.

“Games are getting more and more intense every day,” says Dodge.

“I see in the next two years games will get so advanced that a lot of people that play console and PC, or are too ‘hardcore’ to play mobile games, will start switching over, or definitely doing it in their free time, because the graphics will be console quality.

“That's really where the giant jump will come in. Because once those kind of games are on mobile, and mobile tends to be easier for YouTubers to stream and post, you'll see a big switch up in the industry where there will be an uncontrollable acceleration of how many people are posting.”

Dodge says mobile’s increasing popularity can already be seen from content posted by influencers like Jelly, who successfully expanded to Clash Royale videos.

It’s not just influencers that are eyeing up mobile games though.

“In the next two years a lot of gaming companies who have console titles will also be making side launches of mobile games because they realise that's the future,” says Dodge.

“So as these triple-A titles continue to move into the mobile atmosphere you'll see influencers drop into posting the mobile games too, and that'll add a lot of steam very intensely to the influencer market for mobile gaming on YouTube and Twitch.

“You'll see an explosion of growth.”