BEN: "The role of influencers isn’t just growing, it’s also impacting how other players in the industry engage with their audiences" 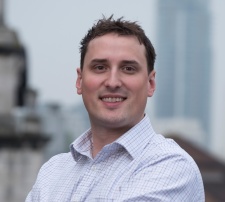 The entertainment space is evolving. The television and movie star circles that were once rife with social sway are now falling behind a new wave of influence.

Social media influencers are now some of the most authoritative figures on the planet. Every sector is starting to strengthen their influencer marketing chops, and the space is now worth an estimated $2.38 billion globally.

What’s even more interesting, is that traditional celebrities and social media influencers are now collaborating to create a new, bigger kind of movement. Like when Ninja streamed with Drake.

We chatted to Branded Entertainment Network, an entertainment marketing company working to seamlessly integrate brands in to digital and visual media. BEN’s Head of Digital Partnerships had some thoughts on the evolving space, and what the Drake/Ninja movement could inspire as influencer marketing continues to flourish.

Influencerupdate.biz:How do you think entertainment industry has changed with the rise of influencers?
Mark Bassett: If you went to a product launch ten years ago, the room would be comprised roughly 70 per cent journalists and 10 per cent celebrities. Today, it’s more like 30-40 per cent influencers with a sprinkling of celebs. Creators are hugely powerful in the industry now, and are getting serious recognition.

What’s also really interesting is how influencers are inspiring content and trends; it’s clear celebrities want a piece of the influencer pie. Take Will Smith’s YouTube channel for example, or The Rock on Instagram; they’re acting like influencers.

Then of course, there’s Drake partnering with Ninja on Twitch. The role of influencers isn’t just growing, it’s also impacting how other players in the industry act and engage with their audiences.”

What are brands and marketers looking for in the influencer space right now?

One of the biggest trends I’m noticing right now is the meteoric growth of Instagram Stories. Creators are increasingly drawn to Stories because it allows them to share raw and real content with their audiences, and fast. The swipe up feature also means it’s an effective channel for influencer-brand partnerships.

From a brand point of view, Stories is interesting because it’s a relatively new channel. In the past, the temporary nature of Snap and Insta Stories was a bit of a cause of concern for brands.

But influencer-brand campaigns on Stories are generating massive audience reach and huge click-through rates, which can be precisely measured, so brands are really taking note.

In terms of what brands and marketers are looking for, there will always be constants like ROI and metrics, and finding new and interesting influencers.

The rise of Instagram Stories is really interesting in this context because it’s ticking the boxes in terms of reach and engagement, but it’s a different way of achieving them, as it’s more about the immediacy and scale of the content rather than the depth. As part of a multi-platform campaign, it’s a really powerful channel.

Drake and Ninja’s partnership was a first for Twitch, has it opened a space for gaming brand and non-gaming brands to coincide?

The Drake/Fortnite partnership was monumental and everyone's still talking about it. I think it gave the industry a bit of a boost and got everyone to reflect on the influencer space as a whole.

For brands looking to engage young male audiences, Twitch certainly has huge potential. BUT Gaming influencers, especially the stalwarts of the space like KSI and Ali-A, are increasingly broadening their content to include lifestyle, music, and fashion too.

And last year, Twitch reported that in the UK they were generating more advertising revenue from non-gaming brands than gaming, which just goes to show the potential there for other brands.

Gamers are a huge audience with diverse interests, and when you consider the fact that some influencers are racking up hundreds of thousands of views on a single stream, brands would be foolish to ignore Twitch if that’s where their audience is consuming content.

What, in your opinion, is the difference between a traditional celebrity and an influencer?
This is an answer that’s constantly changing. In some ways they’re very separate. Influencers generally gain their following through producing content independently, while celebrities often gain theirs in collaboration with another actor - a record label or TV studio for example.

But influencers can become celebrities, and celebrities can also be influencers. And neither is necessarily more valuable for brands. It all depends on the brand and the campaign in question.

Influencers can become celebrities, and celebrities can also be influencers. And neither is necessarily more valuable for brands.

Can influencers, specifically gaming influencers, exist in the same sphere with the same value as traditional celebs?
Definitely. Gaming influencers are certainly starting to get more recognition with new audiences, and this is partly due to the fact that gaming itself is becoming more mainstream. In some instances, they’re getting the same attention as celebrities, so they’re certainly on track to be recognised as on par by society and the media.

Take the KSI v Joe Weller match for example - it was one of the most watched boxing matches ever, and the Logan Paul fight is set to be the biggest event in live stream history. Of course, not every influencer will be recognised at this scale, but some influencer audiences certainly compare to those of traditional celebs, and their audiences already think of them as celebs.

Have you got any additional thoughts on the influencer space?
There a few pieces of advice that I think can help both brands and creators overall.

Brands need to be thinking big because the influencer industry is big. Successful influencer campaigns need to be properly orchestrated, measured and sustained.

It’s not enough to think of influencer as an add-on anymore. It’s a strategic marketing and sales channel and brands should be looking at how to scale it properly. If considered like any other channel, with assigned KPIs and proper measurement strategies, that’s when influencer delivers its true value.

In order to scale, brands should scale hard and refine later. Try 10, 20, or 100 influencers as that’s ultimately what you want to be building up to. Find the ones that work with your brand, optimise and streamline that process, then continue building out.

Finally, brands should be focusing on the strategy and audience they’re going after, not the creative and the content. Let the creator lead here; it’s their content and their audience and they know what works, particularly on new platforms like Twitch.