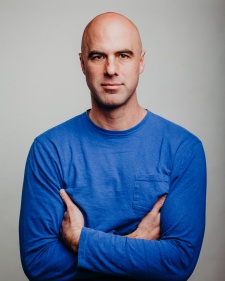 He's thus no stranger to Rooster Teeth's work: Fullscreen acquired the studio in 2014, so Cooperstein had a ringside seat as Rooster Teeth grew to more than 350 employees, signed up 250,000 subscribers to its 'First' subscription service, and expanded its RTX series conventions globally.

Cooperstein will now be focusing on First, consumer products and e-commerce, live events and strategic partnerships for Rooster Teeth, including podcasts, games and YouTube channels.

"Rooster Teeth is the model for what a new media company should look like today. The company is more than just a content brand. It is first and foremost a passionate community," he said in a statement.

Cooperstein isn't just bringing his experience from Fullscreen to Rooster Teeth's growing business. He was the founding CEO of Maker Studios, and before that was a senior programming executive at Al Gore's Current TV.

In a post on the Rooster Teeth website, he described how he was a "huge champion" of the studio's acquisition by Fullscreen, and has kept a close eye on it ever since.

"My role at Rooster Teeth was simple, help [founders] Matt and Burnie manage and grow Rooster Teeth without messing up the internal/external community and culture," he wrote.

"The game plan from the earliest days was as follows: make more great content, make bigger content, invest in talent, invest in community. I’m proud of what we have accomplished so far, but realize there is much work to do."

His appointment comes shortly after Rooster Teeth announced its latest ambitious animated series, gen:LOCK, which is inspired by the Japanese 'mecha' genre. It follows in the footsteps of previous hits RWBY and Red vs. Blue.