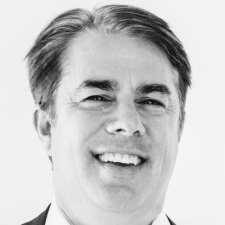 A veteran finance exec has been named president of CreatorIQ, a new influencer marketing company.

Dan Murray, whose career spans companies such as Machinima, Comcast/NBCUniversal and Fandango, is now bringing his expertise to the social-influencer marketing firm.

Prior to this new position, he was the CFO at Dollar Shave Club where he helped to seal the deal on the company’s sale to Unilever in August 2017.

Murray has been on the CreatorIQ board since 2014. His new position as president includes leading the companies US and international expansion efforts.

CreatorIQ is a rebrand of marketing company SocialEdge. Their roster includes top clients such as Disney, Fullscreen, Fox and Airbnb. The company is based in Culver City, California and has offices in New York and Chicago.

Various investors supported the company when it was founded by Igor Vaks in 2014, including Affinity Group and Allen DeBevoise’s Third Wave Digital.

DeBevoise is the co-founder and former chairman of Machinima where Muray was CFO between 2011 and 2014.

“Dan brings strategic vision and a proven track record of scaling businesses. We are excited to have him join our team.” Igor Vaks said when the hire was announced.