VidCon Europe conference to return to Amsterdam in March 2018 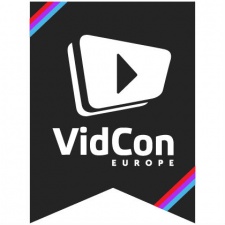 Online-video industry conference VidCon's European offshoot is returning in 2018, with VidCon Europe due to be held in Amsterdam from 22-24 March.

The event will include a three-day industry track as well as a dedicated creator track, which will focus on producers, writers, vloggers and social stars.

"As we open the doors to creators on Friday, VidCon Europe will add in a laser-focus on the fundamentals of programming, production and monetisation," he said in a statement.

"In addition, we’re excited to bring back some of the world’s top online video creators to both inspire — and to share their secrets of success."

The first VidCon conference was held in 2010 in Los Angeles, but it expanded to Europe for the first time in 2017 with its debut event in Amsterdam.

Tickets are already on sale for VidCon Europe 2018, with early speaker confirmations including Jackson Williams from Instagram, Philip Zepelin from NovelConcept and Gavin McGarry from Jumpwire.