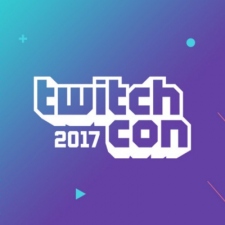 Livestreaming video platform Twitch has announced a swathe of new milestones and featuresduring the keynote at its annual TwitchCon event.

CEO Emmett Shear and director of programming Marcus Graham hosted the keynote in Long Beach, which brought together Twitch staff and top streamers from its network.

Among the milestone announcements: Twitch more than doubled the amount of money it paid to 'partners' on its network, with the average partner earning 71% more in 2016. Specific figures were not announced.

Twitch also said that its Twitch Prime tool, unveiled a year before, has generated 50% more subscriptions for streamers, while its recently-launched Clips feature for sharing shorter clips of broadcasts has so far led to more than 1bn video views.

The new tools announced at TwitchCon include stream summary, a feature that will show streamers stats on viewers, follows, chat activity and top clips every time a stream ends, as well as how far it's taken the channel owner towards becoming an affiliate or partner of Twitch.

That path towards making money from your Twitch streams will also be smoothed by the introduction of achievements: waypoints for tasks undertaken as part of Twitch's training program.

Twitch is also improving its raids feature, through which streamers can point their audience to another channel that's currently broadcasting. It will now be easier to funnel those viewers through, with new stats showing Twitch users who's recently raided their channel.

Also new: premieres to drum up anticipation for "live first-viewing events" on Twitch; a feature called rooms that will involve creating smaller chat-rooms for viewers with specific interests; and the long-requested ability to 'gift' subscriptions to Twitch channels to other users for a month at a time.