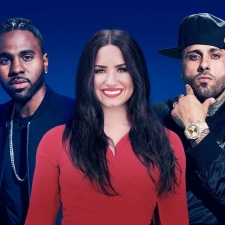 YouTube's relationship with the music industry has been a bumpy one, to say the least, but the service's latest ad-supported original show has a starry cast of artists.

Best.Cover.Ever. has challenged YouTuber musicians to cover songs by a group of stars including Demi Lovato, Katy Perry and Jason Derulo, with a run of 10 episodes showing off the best.

The contestants may be as much of a draw for some viewers. Anthem Lights, one of the contestants in the Demi Lovato episode, have more than 686,000 subscribers and 141m views already on their own channel for example.

It's a big bet on ad-supported content for YouTube, which has also recruited rapper Ludacris to host the show, which is produced by top-tier TV firms Ryan Seacrest Productions and Endemol Shine North America.