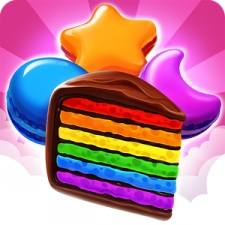 The winner of the contest will be announced on December 4th, which was designated as National Cookie Day in 1987 by the Blue Chip Cookie Company. The winning recipe will also be featured in Cookie Jam throughout December 2017.

Cookie Jam is one of Jam City's biggest games, having surpassed 100 million downloads in May 2017, four years after it launched. The developer attempted to expand the IP with a new game, Cookie Jam Blast.

This article was originally published on our sister-site PocketGamer.biz.