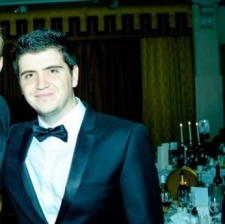 Kairos is the brainchild of Mike Craddock, a former YouTube content creator with over 275k subscribers, and Chris Parnell, formerly a director at Machinima.

In 2015, the pair formed Kairos Media using their knowledge and experience of the market from a creator perspective, and went on to achieve a 7-figure turnover in their first year while working out of a university dormitory and a garden shed. Pretty impressive stuff.

The turning point was that Mike wasn’t making enough money from being a content creator, and was about to move to Frankfurt to work for a AAA publisher in community management.

Instead, he took the risk with almost zero money to form his own agency, and now 2.5 years later they’re working with the likes of Williams F1, Wargaming, Sony and Ubisoft. Kairos also manage a handful of influencers, including Kwebbelkop, a YouTube Gamer with over 7 million subscribers.

Just 9 months ago, Kairos opened their first office in Nottingham, UK. Since then, they've opened a new office in the heart of London, and have recently expanded internationally with an office in Hollywood.

The success of Kairos is owed in part to the influencer space, which is evolving faster than ever before. It's also largely to owed to Mike himself, his resourcefulness and work ethic in an industry that's fast becoming one of the most saturated.

We had a chat with Mike about the rise of Kairos, the services they provide, and the weight of carrying a brand through such a busy and competitive business.

Influencerupdate.biz: Can you give us a little insight into the world of Kairos, and the services you provide?

Mike Craddock: We're a social media creative agency that specialises in the world of influencer marketing and esports. We help brands work with some of the most influential digital people in the world, and creatively help them seamlessly integrate their brand to their audience, driving ROI positive campaigns

How did Kairos get started, and how did you end up where you are now?
I previously was a full time YouTube content creator for three years, building my personal audience to over 300,000+ Subscribers, and working with some of the top global gaming brands in the world. Further to this, I played professional CoD for over a year as a player/manager. Through this time, building an array of personal relationships and connections with influencers, brands, agencies and Kairos connected the dot.

Did you face any struggles whilst trying to build the brand?
We're been so focused on delivering campaigns for our clients we've forgot to build PR and grow Kairos as an individual brand, although this is something we're looking to rectify. We deliver international, global campaigns but don't shout about it!

What excites you about the influencer space?
We can track and report on everything down to an absolute tee. We can track how many males watches, how many were 18-24, when they stopped consuming the content and track every penny we spend for a campaign, and what we get out of it. If done correctly, influencer marketing is one of the most powerful forms of marketing in the world.

What are the most important things to look for from influencers seeking representation?
We, as an agency will have a blacklist of influencers that have not performed for certain reasons on campaigns that we do not work with at all due to past situations, therefore no future client will experience this, through Kairos. Being reliable, on time, and overall professional goes a lot further than just some views and numbers

What is Kairos' biggest achievement in your opinion?
Partnering with some of the biggest brands in the world and facilitating their global influencer marketing strategy/social strategy, and delivering ROI positive campaigns on a repetitive basis.

Do you think the current wave of demonetisation on YouTube will eventually lead creators to move over to other platforms, or is YouTube is too big to fail?
There will always be new and upcoming platforms that pop up, whether they're there to stay is another question. Instagram, Vine, Snapchat, Pinterest are just a few that have risen to extreme measures in a rapid space of time.