A banned streamer is suing Twitch 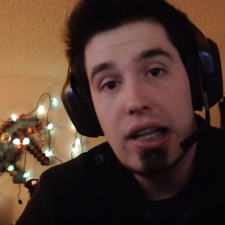 A streamer banned over allegations he promoted a Counter Strike gambling site without disclosure is suing Twitch for damages.

Polygon reports that James ‘Phatoml0rd’ Varga was previously accused of having ties to a Counter Strike skin gambling site called CSGOShuffle, which was featured in one of his streams. Not only did he not disclose his relationship, but it was also claimed that Varga rigged the system so as to show himself getting a string of wins.

Varga has never revealed the true nature of his relationship to CSGOShuffle, although it is not denied in the current lawsuit.

Valve later went on to force the shutdown of CSGOShuffle and updated its EULA to ban sites which use its APIs for gambling. As a result, gambling sites now contravene Valve’s terms of service, so by extension are also banned under Twitch’s T&Cs which uphold the policies of associate third parties.

Prior to his bans, Varga had over 1m followers and 16k subscribers, and was one of Twitch’s big hitters. He is now suing Twitch for monetary damages some 600 days on from his ban, arguing that the platform never offered a proper explanation for his channel’s removal – something he believes he was entitled to by his Twitch contract.

He also claims to have been told by Twitch representatives that the content he was banned for was actually permissible, admitting that the system as it then stood was confused.

Ultimately, Varga wants financial retribution, claiming that that ban amounts to “misrepresentation of his character and his inability to generate a revenue from streaming” and “has caused irreparable damages”.