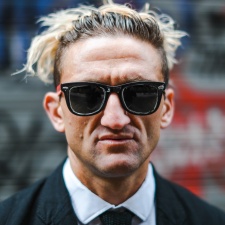 Neistat announced in a video yesterday that he's making efforts to create a new area to encourage YouTubers to collaborate on content and spend more time together.

The project is called 368, and the hub will be based in Neistats old studio space in New York City.

Neistat will also begin a new daily 'vlog' show on his channel, where he'll document things happening in the space and the creators passing through it.

The first episode of the new show will hit Neistat's channel on April 6th, 8am PST.

Spaces where creators can make videos together have proven a success - collaborative YouTube groups such as Team10, The Sidemen, even The Yogscast have all helped creators grow their channels signifcantly.

“The idea was this: In New York City, I would find a gigantic space. A space that I could turn into a factory or gigantic studio - a space that was huge," Neistat says in his video.

“A space that invited collaboration; a space that I could invite all of my friends to come work and make videos and do stuff in with me.

“That would be the core of the narrative for my new daily show.

"My life is now building this new thing, this new entity."

Check the full video below.