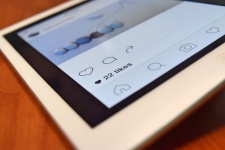 Facebook's had a grim couple of weeks, after 87m of it's users had their data breached by Cambridge Analytica. In response, Facebook-owned Instagram is now making an effort to tighten up it's privacy policy.

Influencer monetisation platform Liketoknow.it sent out an email to it's users stating: “As of today, you will be able to shop Instagram content exclusively with a screenshot, as like-based shopping will no longer be supported due to changes in Facebook/Instagram’s third-party access to likes.”

In short, this means that the shopping service can no longer use the likes on Instagram posts to distribute emails to it's userbase, along with buy buttons allowing them to purchase products in influencer posts.

The public display of Cambridge Analytica alongside rising concerns from the public led Facebook to crack down on the privacy across its platforms. Facebook chief tech officer Mike Schoepfer announced in a post that Facebook Inc. would be making plans to restrict data.

"Starting today (April 4), apps using the API will no longer be able to access the guest list or posts on the event wall. And in the future, only apps we approve that agree to strict requirements will be allowed to use the Events API." The post read.

Facebook will now have to manually approve "all apps that request access to information such as check-ins, likes, photos, posts, videos, events and groups".