YouTubers are being paid to sell cheat essay papers 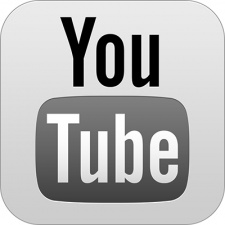 The reputation of YouTubers has been dragged into the doldrums once again following a BBC investigation about sponsored academic cheating.

The organisation found that over 250 YouTubers are currently promoting Ukrainian company EduBirdie which sells essays to students, saving them the bother of doing the work themselves. In total over 1,400 videos advertising the service were found, which between them had had over 700m views.

The YouTubers in question include Adam Saleh (4m subscribers) and JMX (2.5m subscribers). Both have since removed the videos in question. British vlogger Alpay B said in one of his videos: "Don't waste your time doing your essays, let these people do it for you."

The typical strategy saw content makers inserting a personal endorsement for the service in videos about other topics. Some claimed that using EduBirdie would “free up time to play video games” or even, allegedly, to take drugs.

English university minister Sam Gyimah is said to have been shocked by the findings: "It's clearly wrong because it is enabling and normalising cheating potentially on an industrial scale.

Essay writing services are not technically illegal, although it is a breach of university rules for students to submit work they have not done themselves.

Alpay B in a statement chose to defend the company and the ads, stating: "Whether a student wants to cheat or not it's totally their choice. You can't really blame EduBirdie or creators who promote them because everyone's got their own hustle."

It's not my fault!

EduBirdie, which is run by parent company Boosta, distanced itself from the saga by implying that it had not asked partners to say anything specific about its product.

"We cannot be held responsible for what social influencers say on their channels,” it claimed.

"We give influencers total freedom on how they prefer to present the EduBirdie platform to their audience in a way they feel would be most relevant to their viewers. We do admit that many tend to copy and paste each others' shout-outs with a focus on 'get someone to do your homework for you', but this is their creative choice."

"YouTube creators may include paid endorsements as part of their content only if the product or service they are endorsing complies with our advertising policies,” a spokesperson said. "We will be working with creators going forward so they better understand that in video promotions must not promote dishonest activity."