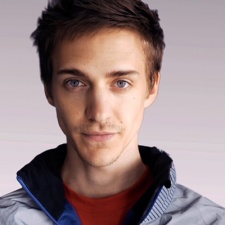 Blevins has spoken before about how great power brings with it great responsibility and part of this change has seen him cut down on the amount of bad language used in his feeds.

Indeed, Kotaku reports that Blevins last month said in an interview that his goal was to make his streams “like your classic Spongebob Squarepants, where like, the parents at home can get a dirty joke or something like that, but the kids are completely oblivious”.

He added: “Of course little kids shouldn’t be running around dropping f-bombs or swearing at all at that age. And simply just because you don’t understand the meaning behind it.”

This does mean, however, that Blevins is to cut back on co-streaming with celebrities who may be slightly sharper of tongue. He will though apply a rating to streams where he expects the language to be a little spicier.

Of course, his adoring hordes of linguistically aggressive fans are less enthused by the move. Some have accused him of selling out to a mainstream audience while others have said that it is not his responsibility to police the actions of his viewers.

Blevins' wife and manager Jessica Goch has defended the move on social media: “To everyone mad at @Ninja for not swearing much anymore - the majority of fans he has come up to him while we are out are 7-13 y/o boys and girls whose parents say ‘wish I could let them watch with sound’ Tyler feels a moral obligation to tone it down for the younger ears.

“It's a change that I'm proud of him for. This is why he is implementing the rating system. He will still have some crazy nights and play with people who have quite the vocabulary...who cares! For the younger ears and eyes, they will have the rating and the parents will know.”

The issue for many, it seems, is that by reigning in the potty mouth, Blevins is somehow losing his authenticity. Presumably this rule does not apply when fans flock to a vlogger’s defence when their undisclosed ad deals are unearthed by the ‘biased media’.