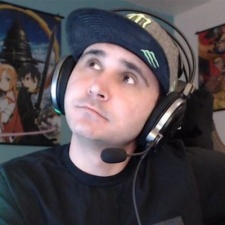 It seems that Tyler 'Ninja' Blevins is no longer the most subbed-to streamer.

Based on information from Twitchstats, variety creator Jaryd 'Summit1g' Lazer now has more subscribers than any other streamer using Twitch.

A total of 44,284 subscribers to his Twitch channel puts Lazer ahead of Blevins, who currently only has 43,778.

Lazar is a retired Counter-Strike pro player that has been around since 2012. Lately, he’s been playing a variety of games on Twitch and has managed to work his way to the top tier level of streamers on the platform.

Over on his Twitter, Jaryd addressed his fans about the milestone stating: “somehow breaking personal records on the daily, thanks again for the support dudes… Insane.”

The news for Lazar came quite suddenly, as the numbers for subscribers on Twitch are in constant flux. Blevins was the all-time most subscribed channel on Twitch until many decided not to renew their subscriptions at the end of the month.

It's unclear how long Lazar will manage to stay on top as subscriber numbers change so much. Blevins is still leading the follower game by a significant margin. Lazar's Twitch follower count sits at 3.5 million, whereas Blevins has over 13 million.

Somehow breaking personal records on the daily, thanks again for the support dudes. Insane.