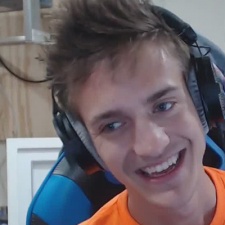 In a world where influencers often hit the headlines for the wrong reasons, Twitch Fortnite streaming superstar Tyler ‘Ninja’ Blevins is proof that good can sometimes come from such young stardom.

The streamer recently smashed the 10 million subscriber barrier on YouTube and currently sits as one of the most recognised sports stars on the internet. And he’s not putting that success to waste.

Dexerto reports that having previously raised cash for causes such as suicide awareness and children’s hospitals, Ninja most recently turned his attention to an orphanage in Tanzania.

Working in conjunction with charity and orphanage operator Global Empathy Now, the streamer successfully raised the cash needed to build a wall securing the building and allow it to continue operating. Without it, the kids faced being turfed out to the streets.

Amazingly the money that was needed was raised via a stream in just six hours thanks to the generosity of Ninja’s Twitch followers.

"These children are very happy, for you have built a very good wall around their orphanage,” the orphanage director said in a video addressed to Ninja.

“They are now safe. They are not afraid of drugs, snakes - even thieves. I… am sincerely thankful to you, on behalf of these children."

Ninja has in the past described the weight of responsibility he feels to do good with the influence afforded to him. He’s even trying to swear less so he’s not a liability for young viewers.

Last year we did a charity stream to raise money for a wall to protect a school/community in Africa. My friend @Joe_Fries brought this to me, his friend had been there multiple times helping the people there. This is the result of that charity stream! Absolutely incredible pic.twitter.com/kpFxLRWGcB