Could influencer marketing herald a new dawn for the cannabis industry? 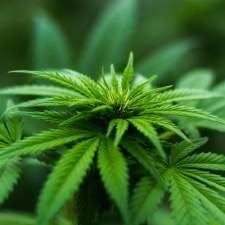 Despite a growing number of US states legalising the sale and use of marijuana, the drug remains federally illegal in the country - posing a big problem for marketers.

Platforms such as Google, Facebook and Instagram still prohibit the promotion of cannabis products. There have also been reports of YouTube shutdowns for channels linked to the subject. So an increasing number of marketing bodies are turning their attention to influencers.

Writing on Adweek, the CEO and chairman of cannabis marketing agency Cannabrand, Olivia Mannix, argues not only that social media influencers are a great way to bypass such obstacles, but also that their specifically targeted followers are probably the best form of advertising available to cannabis companies.

“Social media influencers are finding their niche in cannabis marketing as they fill a necessary void for a new industry struggling to find its place in the digital era,” wrote Mannix.

“Even more, the somewhat counterculture cannabis demographic seems to prefer the organic fan base that comes hand-in-hand with social media influencers.

“The social media influencers involved in the cannabis space also understand the sort of challenges that marijuana companies face with digital ad campaigns. As such, they can help create campaigns that are savvy to current issues in digital cannabis marketing for the right client.

“Cannabis businesses are at the forefront of a rapidly growing marketplace that is still largely undefined, and with this induction into the business world, they experience a lot of red tape not seen in other industries. Yet, as start-up savvy ‘cannapreneurs’ consistently learn to pivot their business operations and continue growing, the use of social media influencers is a reflection of this notion.”