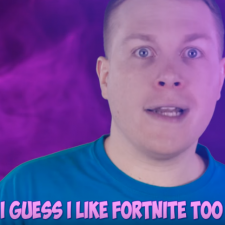 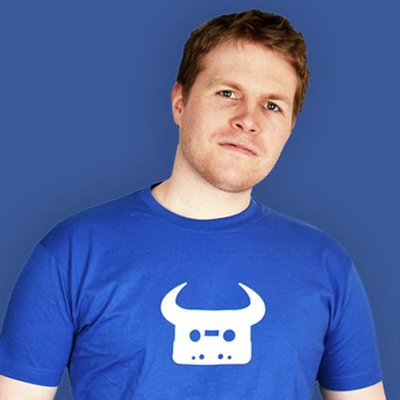 "This song's not about Fortnite." Dan Bull states as he launches in to a well-crafted rap on YouTube's current idiosyncrasies.

In his latest video, Bull takes aim at a number of issues surrounding YouTube right now, all concealed inside the biggest trend of them all - Fortnite.

While Bull's video itself is pretty tongue-in-cheek, it does address some very real problems that creators are facing with YouTube.

"It's not about quality, it's quantity; disregarding what the people want to see, and we don't want TV. We just want to see the channels we're subscribed to. Instead we get suggestions based on what gets higher views, using information I didn't want to provide you." Bull says in the video.

He also addresses how DIY creators have been pushed aside for the likes of more traditional celebrities, and how YouTube's main priority is watchtimes regardless of how terrible the content being watched is.

Creators that choose to hop on the Fortnite bandwagon are experiencing much more success than those who don't. Ninja is a solid example of that, but he's not alone in his efforts.

It's still not about Fortnite

Bull is no stranger to telling it how it is, in an interview with us last year he referred to YouTube as a "hulking leviathan sinking under the weight of it's own arrogance."

"YouTube seems to change so quickly with respect to what succeeds on the platform. I just cling to the idea that if I keep making consistent content to the best of my ability that things will work out," Dan told InfluencerUpdate.biz.

"I genuinely sat down to write my weekly song, thinking "welp, better pick a trending topic", picked Fortnite, because it's Fortnite, and then these lyrics came out instead and I rolled with it. It wrote itself."

Watch the full video below. We're not yet sure if the Fortnite clickbait and the obnoxious thumbnail had any impact on the views.