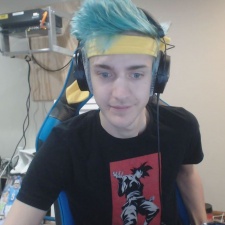 The creator primarily streams on his Twitch channel, which boasts an equally as impressive 6.5 million followers. However, since Blevins started moving his Twitch VODs over to YouTube his presence there has skyrocketed.

Back in January, Blevins' YouTube channel had an impressive yet modest 400k subscribers. In just over five months he's managed to amass ten million, becoming one of the fastest growing influencers ever. He's also now officially inside YouTube's top 20 most subscribed gaming channels of all time.

As well as having a record breaking amount of followers on both platforms, Blevins has a staggering 165,624 Twitch subscribers. If our maths serves us, that's an estimated $413,000 a month after Twitch has taken its 50 per cent.

That's a drop off from March when Blevins was reportedly earned $500k a month, but he's probably still doing alright.

While PewDiePie's subscriber crown is still safe, he may want to clutch it a little tighter in the coming months.