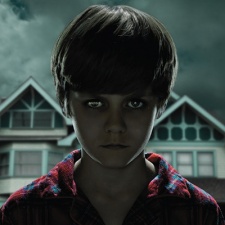 It has been revealed that YouTube accidentally ran two trailers for 15-rated horror movie Insidious on a number of kids videos.

The ads were linked to videos of songs from Disney movie Frozen and a guide on how to build a LEGO fire station, among other things. The Advertising Standards Authority said the ads ran in late December 2017 and early January 2018.

As pert the ASA’s description of trailer one: “The ad opened with a shot of a house in the dark and then showed a young woman walking through it. She was shown looking at some medical instruments on a table before being thrown backwards by a force. She was then depicted lying on the floor screaming whilst a humanoid creature with claw-like fingers probed at her throat.

“Further scenes included a creature hanging upside down, the same woman screaming on a hospital bed and a clawed hand emerging from a sleeve. Another female character said, ‘People who need help with hauntings come to me, but this house is my family’s house. I’m going to find it and I’m going to finish it’.

“In the final scenes of the ad a male character said, ‘Lisa there’s someone right in front of you’. Lisa replied, ‘I don’t see anything’. A hand was shown reaching out to her in the dark and then a sudden shot of a grinning creature with fanged teeth was shown next to a woman.” Which sounds lovely.

An alternative ad, which included a creature jumping out of an opening suitcase, was featured on two Minecraft videos. Note that both of these ads only became skippable after five seconds and contained no content warnings.

Amazingly only five complaints were received, which perhaps is indicative of how little attention parents pay to their kids online viewing habits!

Colombia Pictures says it had targeted the ads for an 18+ market and had requested the applicable YouTube exclusions. YouTube, in contrast, said that advertisers “administered their own campaigns, and were responsible for determining the appropriate targeting”. It also said that kids should only be using YouTube Kids anyway to avoid precisely this kind of thing.

Passing the buck, much?

The ASA of course concluded that this has all been very bad, but effectively can only request that Sony and YouTube do no such thing again. So that’s all fine then, right?