Advertisers are beginning an influencer crackdown 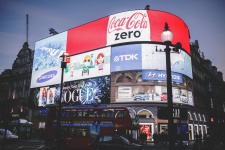 It turns out that Unilever is far from the only company to have grown sceptical about the value of influencers.

The Drum reports that brands such as eBay, Diageo and L'Oréal are currently either revaluating their use of influencers or preparing new vetting procedures to measure the claimed worth of influencer partners.

eBay, for instance, has decided despite the launch of its own influencer network to instead reallocate its influencer marketing spend to promote strong performing marketplace sellers.

“What I want us to do is give our sellers a voice, rather than [give it to] influencers who happen to have a following that we use and pay for," eBay’s chief marketing officer for EMEA, Godert van Dedem said. “Our sellers are very passionate and they're very authentic because it’s clear they want to sell products. They can tell a story about why they do that.

"I want to shift some of our influencer spend towards that class of influencers, because they’re very specific to eBay, they’re very authentic and as a result I believe they’re very helpful to the buyers to get truly inspired."

L'Oréal, meanwhile, has said that it has no plans to dial back influencer spending but has developed an internal tool called ‘Cockpit’ that allows it to “monitor more than 20,000 open data sources in real-time” and better assess the impact its influencer partnerships are having.

"If we see that some investments aren’t performing then we re-invest in other channelsm,” chief digital offer Lubomira Rochet explained. “We don’t rely on the influencer’s own metrics."

Consumer goods giant Unilever earlier this week said that urgent action is needed if an irrevocable breakdown in influencer trust is to be averted.

“At Unilever, we believe influencers are an important way to reach consumers and grow our brands,” chief marketing officer Keith Weed said. “Their power comes from a deep, authentic and direct connection with people, but certain practices like buying followers can easily undermine these relationships. We need to take urgent action to rebuild trust before it’s gone forever.”

The company has confirmed that it will not work with influencers who have purchased followers, will never allow its own brands to buy followers and “will prioritise partners who increase their transparency and work to eradicate nefarious practices throughout the digital ecosystem”.